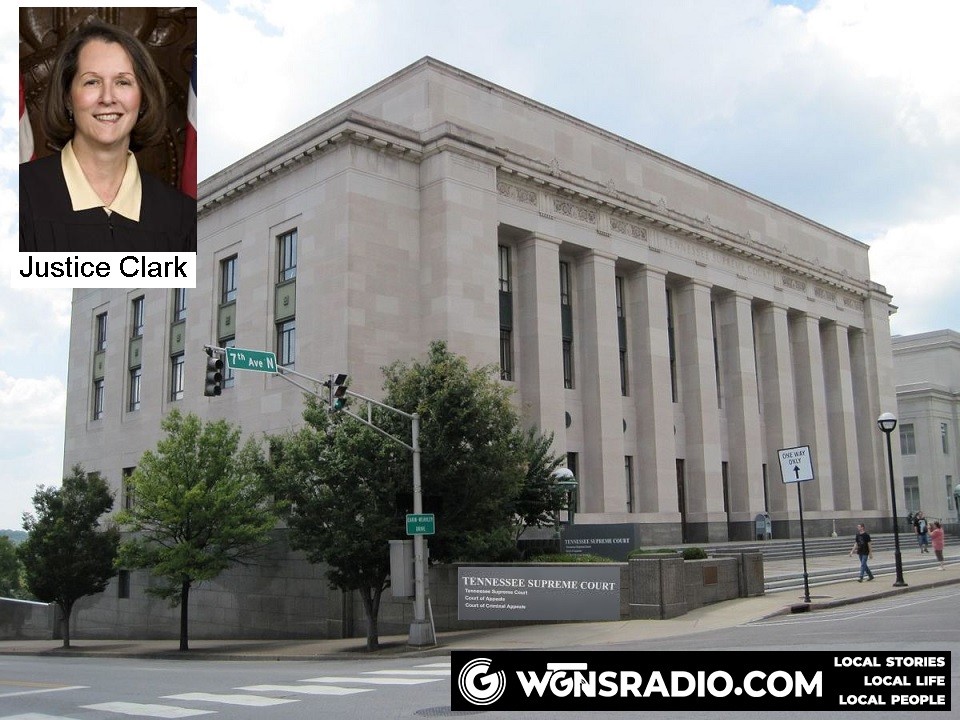 Tennessee Supreme Court Justice Cornelia A. Clark passed away early Friday morning (9/24/2021) after a brief battle with cancer. The 71-year old justice was first appointed to the Supreme Court in 2005 by Governor Phil Bredesen and was reelected in 2006 and 2014.  She served as Chief Justice from 2010 to 2012.

Chief Justice Roger A. Page. “She loved the Tennessee judicial system and has made it better in immeasurable ways. The Supreme Court will not be the same without her.”

Prior to joining the Supreme Court, she was the director of the Administrative Office of the Courts from 1999 to 2005.

When Governor Ned McWherter appointed Justice Clark to the trial bench covering the 21st Judicial District of Williamson, Hickman, Perry and Lewis counties in 1989, she became the first woman trial judge to serve rural counties in Tennessee. She paved the way for fellow judges to be accepted by clerks, litigants, lawyers, and other judges.

Tennessee Governor Bill Lee said, "Maria and I are deeply saddened by the news of Justice Connie Clark’s passing. Throughout her five decades of public service, including 16 years on the Tennessee Supreme Court, Justice Clark was a fierce advocate for justice and a trailblazer for women in the legal profession. She also made a profound impact on our state as an active member of her church and the Franklin community. We are praying for the Clark family and join Tennesseans in honoring her incredible life and legacy. Flags across the state will fly at half-staff in Justice Clark’s honor.”

Murfreesboro native Deborah Taylor Tate, who serves as director of the Administrative Office of the Courts, said, "Fīat jūstitia ruat cælum is a Latin legal phrase, meaning Let justice be done though the heavens fall. Surely today the heavens have fallen, for all of us, with the untimely loss of Justice Cornelia (Connie) Clark. She never had the time; but she made the time. She never wore her faith on her sleeve; she just lived it, all day, every day. But her real impact in this world will not only be captured in her well-reasoned legal decisions; but more importantly she will continue to have a living legacy through the hearts and the lives of all those fortunate enough to have known, worked and been inspired to greater service by her."

Senior Judge Don Ash of Murfreesboro noted, "A hero to many, including me. Her legacy and the lives she touched will live on. Tennessee is a better place because she called our state home."

Upon graduation in 1979, Justice Clark practiced law in Nashville and Franklin, becoming, in 1984, one of the first woman partners in a large Nashville law firm. She specialized in municipal and employment law, and represented many cities, police departments, and several school boards.

She joined legal organizations that advocated the advancement of women in leadership roles, including the Lawyers’ Association for Women, Marion Griffin Chapter, and the Tennessee Lawyer’s Association for Women.  She also chaired the Board of Directors of the Nashville YWCA and served on the Board of the League of Women Voters of Williamson County.  Throughout the 1980s, Justice Clark supported and advocated for more women to be appointed and elected to the bench.  By 1989, it was her turn to slip into the black robe and join the growing ranks of female jurists across the state and country.

Justice Clark has received many awards recognizing her service to the law, including the Janice M. Holder Access to Justice Award from the Tennessee Alliance for Legal Services; the Tennessee Bar Association’s Justice Frank F. Drowota III Outstanding Judicial Service Award; the Vanderbilt University School of Law Distinguished Service Award;  the Grayfred Gray Award from the Tennessee Association of Professional Mediators; the Judge Martha Craig Daughtrey Award from the Lawyers’ Association for Women - Marion Griffin Chapter; the Liberty Bell Award given by the Williamson County Bar Association; and the Pioneer Award from Vision 2020. Clark was also named Appellate Judge of the Year by the Southeastern Chapter of the American Board of Trial Advocates and was inducted into the Nashville YWCA Academy for Women of Achievement.