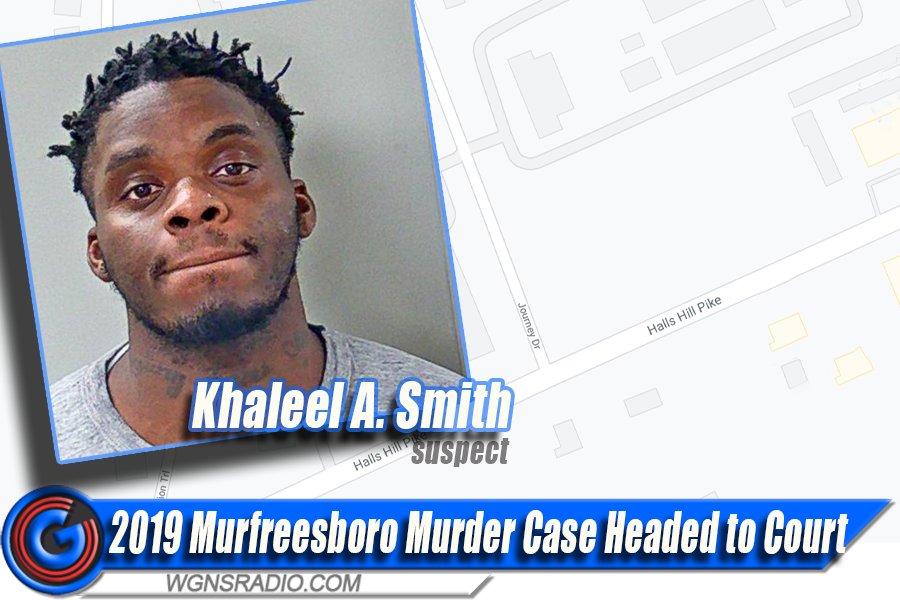 MURFREESBORO, Tenn. –  A Georgia man arrested in Murfreesboro and charged with Second Degree Murder is scheduled to appear in a Rutherford County Courtroom this April.

In September of 2019, a man by the name of Marquis Turner was shot and killed in the area of Halls Hill Pike. Murfreesboro Police Sgt. James Abbott told WGNS News that Turner didn’t know the man who shot him...

Detectives worked on the case for a lengthy period of time before concluding that the suspect was 28-year-old Khaleel A. Smith, according to police.

When MPD Detective Cody Thomas filed the Second Degree Murder charge against Smith, he was already behind bars in Atlanta, Georgia on federal charges.

Smith was transferred to Murfreesbororo this past year (2021) and charged with the 2019 murder of Marquis Turner, a complete stranger to the suspect.

Marquis Turner was only 21-years-old when fatally shot in the 2400 block of Halls Hill Pike near the Elks Lodge in Murfreesboro.

Smith is being held on $706,000 bond at Rutherford County Adult Detention Center. Again, a preliminary hearing is set for April 6, 2022 in General Sessions Court.

Scroll down to read the original news story from Sept. of 2019...

Continued - Original News Story from 2019 below...

MURFREESBORO, TN, September 8, 2019 - A man is dead, and police are looking for the suspect, after responding to shooting near the city-county line early Sunday morning.

A male victim was taken to the hospital by personnel with Rutherford County Emergency Medical Services where he was pronounced deceased.  Detectives are currently trying to determine his identity.

Officers were initially dispatched to the 2400 block of Halls Hill Pike around 1:11 a.m. to assist deputies with the Rutherford County Sheriff’s Office with a "shots fired" call and to help disperse a large crowd.   It was later determined the shooting victim was located near the corner of Halls Hill Pike and Journey Dr., within the city limits of Murfreesboro, leading Murfreesboro Police to take over the crime scene.

Detectives interviewed several possible witnesses, but at this time, no suspect information is available.

The incident is under investigation by the Criminal Investigations Division.