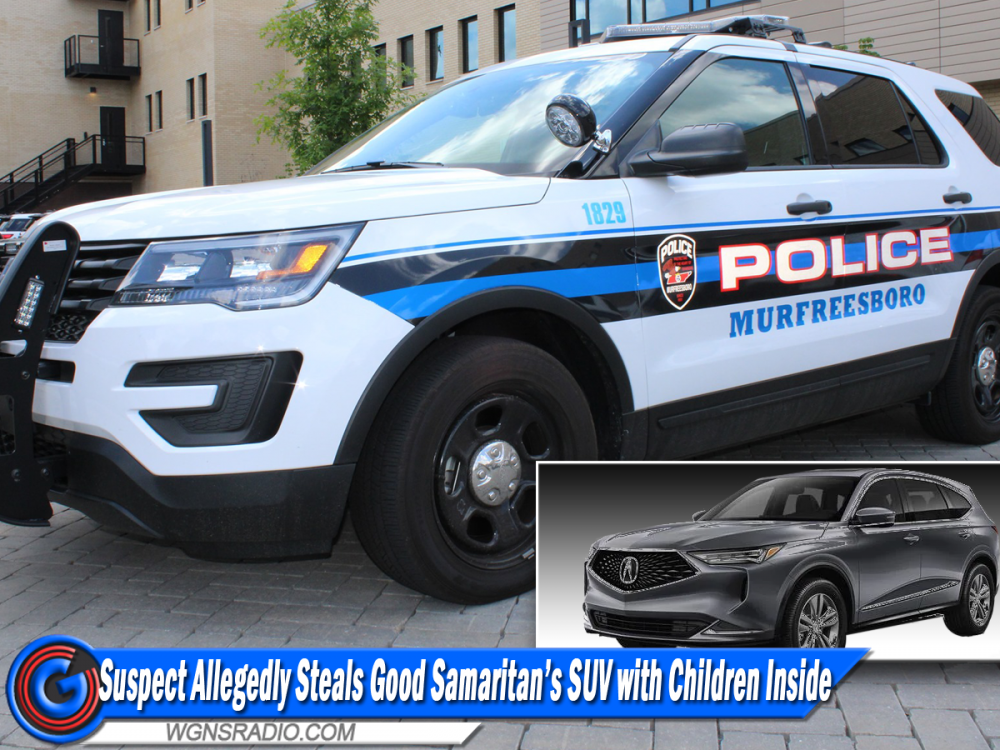 Bottom right: Photo of similar vehicle that was reportedly stolen on Saturday.

UPDATED on 08/08/2022: MURFREESBORO, Tenn. – A 19-year-old woman is in custody after allegedly stealing a Good Samaritan’s SUV with an 18-year-old and a minor child still inside the vehicle. Police report the suspect drove away in the SUV, but didn’t make it far. She reportedly wrecked and hit a tree after the children confronted her on Saturday afternoon around 2:35 p.m. (August 6, 2022).

An investigation into the theft shows the suspect was traveling on I-24 and exited onto Medical Center Parkway. At that point the woman was driving a Ford Focus, which she evidently ran into a curb. After striking the curb the car became disabled, which is why two Good Samaritan’s stopped to assist.

When the friendly faces pulled over to help the stranded motorist, the suspect allegedly jumped into the driver’s seat of one of their vehicles. The woman, who was identified as Deshonte Miller, reportedly drove away in an Acura MDX. The SUV belonged to one of the two Good Samaritan’s that stopped to help her.

MPD Public Information Officer Larry Flowers told WGNS NEWS that Miller drove the Acura down Medical Center Parkway and crashed into two vehicles. Police report the suspect was confronted by the 18-year-old and minor child that were still inside the SUV, which caused her to cross into the on-coming lane of traffic near Joe Knight Dive. After losing control and wrecking the Acura, the vehicle came to a stop after hitting a tree. It was at that point that Ms. Miller took off on foot - - running.

A Murfreesboro Police Officer chased the woman down and took her into custody, with assistance from a Metro Nashville Police Officer who was in the area and off-duty.

Thankfully, the Good Samaritan was reunited with her children, who were not injured in the theft. 19-Year-old Miller is facing multiple charges that include especially aggravated kidnapping, kidnapping, aggravated assault, felony recklessly endangerment, and evading arrest. Miller is being held at the Rutherford County Adult Detention Center on a $160,000 bond. A hearing has been set for September 6, 2022 in General Sessions Court.

2.) Middle Tennessee Woman Missing for Over One Month

6.) Local Non-Profit to Welcome Ryan Campbell as Guest Speaker – He went on a World Expedition and Survived Plane Crash