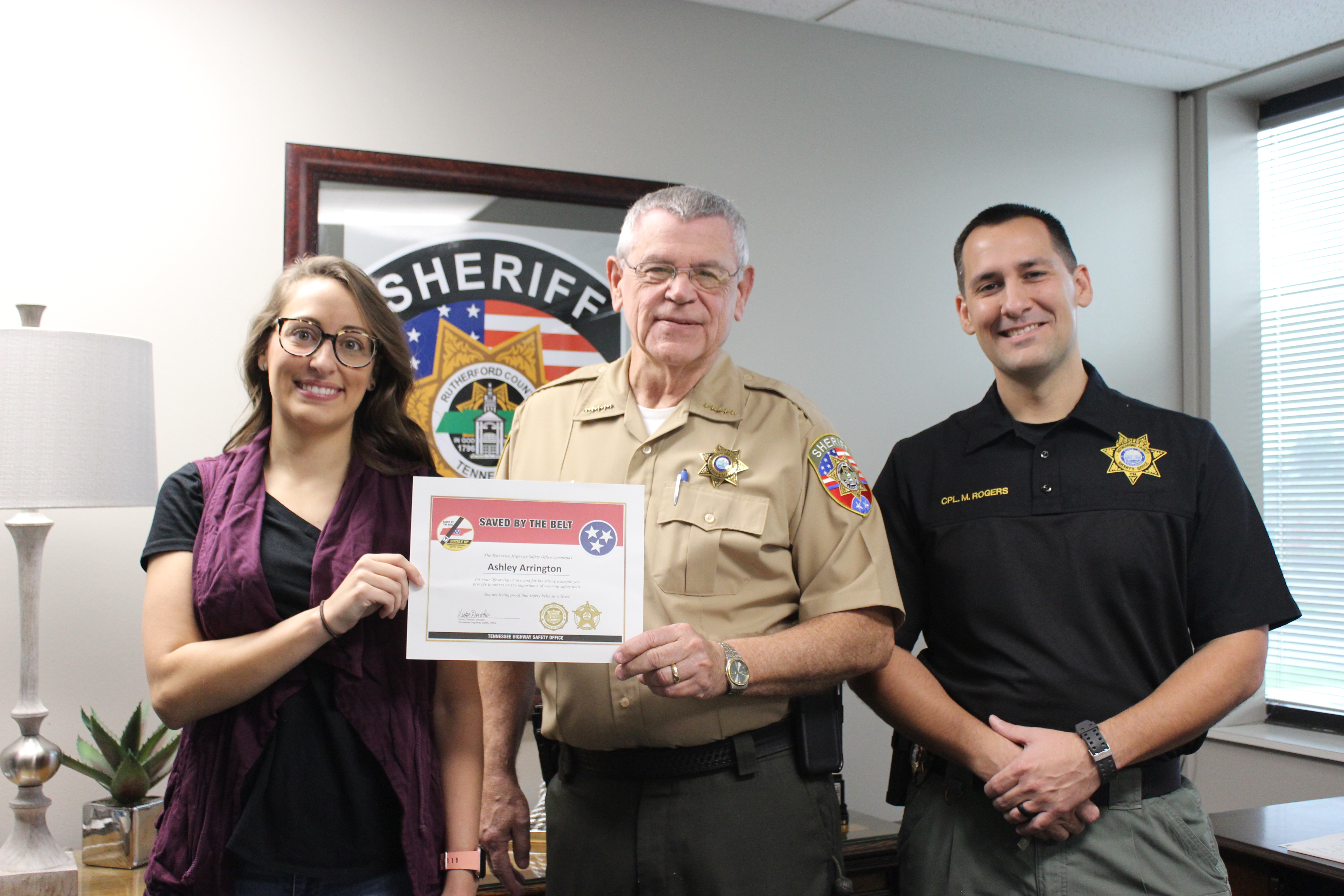 Ashley Arrington receives a "Saved by the Belt" award from Sheriff Mike Fitzhugh and Cpl. Michael Rodgers. Arrington wore her seat belt when a vehicle crashed into her car and forced her into a semi-truck. She was not injured.

Dispatcher Ashley Arrington watched in her rear-view mirror as an alleged speeding driver crashed into her car, then "very clearly" saw his car strike three people standing in the median.

The impact forced her car into a semi-truck, but wearing a seat belt prevented her from being hurt.

"It was chaos for sure," Arrington said, remembering as she hopped out of her car to check on the three injured people. "It was definitely not a good day."

The three injured people survived the crash June 16 on Interstate 24 near La Vergne. They were standing in the median because the church van they were riding in had a flat tire.

The Tennessee Highway Patrol's crash report showed speeding by the driver who struck Arrington and the three people was a factor in the crash.

"If she wasn't wearing her seat belt, she may not have survived," Rodgers said.

Sheriff Mike Fitzhugh and Rodgers presented the award to Arrington Tuesday. The award commended Arrington for a "lifesaving choice and for the strong example you provide to others on the importance of wearing safety belts. You are living proof that safety belts save lives."

Arrington works as a dispatcher for Montgomery County Sheriff's Office. She was returning to work after visiting with her boyfriend, Murfreesboro Police Officer Devin Sorensen.