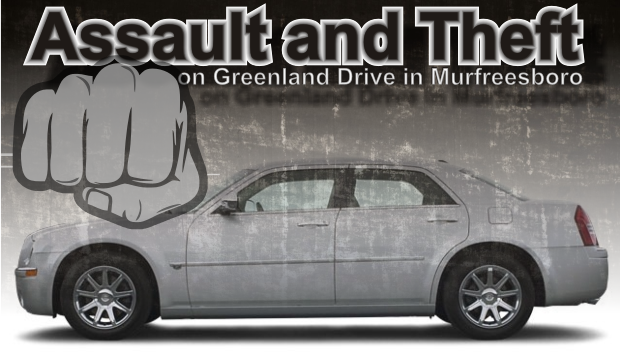 Murfreesboro Police were called to the Campus Villa Apartments on Greenland Drive in reference to an assault. Once on the scene, officers learned there was much more to the case.

The 32 year old victim who is from Smyrna, told police that he was sitting in his car when he was approached by two white males wearing bandannas over their faces along with a hat and glasses. The duo evidently started assaulting the victim. One of the two culprits was armed allegedly with a stick while the other had a knife.

The victim was able to get out of the car and run, but one of the subjects gave chase while the other headed back to the victim's car and drove away.

According to the report, the victim recognized the voices of the two men as acquaintances. When asked why he was at the apartment to begin with, he admitted that he was there to buy drugs. As the story continued, it was realized that one of the voices was that of the ex-boyfriend of the woman whom the victim came to visit. In fact, the victim and the ex-girlfriend of one of the suspects were sitting together in the car when the assault occurred, according to a police report.

As for the car, it was later located near the scene of the crime.

The two suspects who are believed to be brothers have not been arrested as of Thursday morning. One brother, who is 26-years old, lives in LaVergne. The younger 25-year old brother lives in Smyrna.