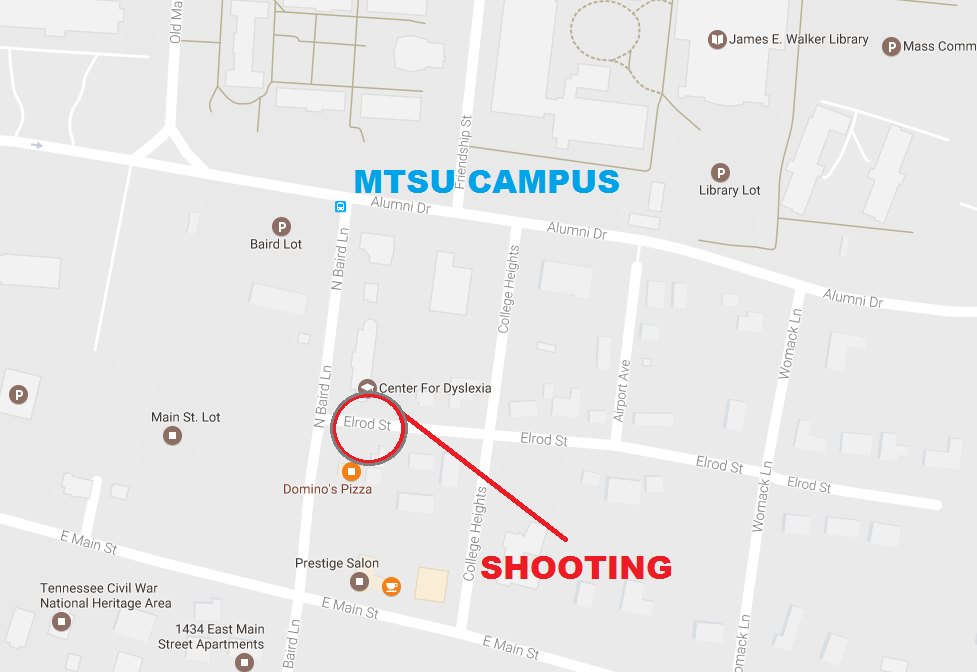 What has been labeled an attempted murder case is being investigated by Murfreesboro Police. The shooting was reported on Elrod Street this past Saturday night at 9:00 (4/29/17).

Murfreesboro Police responded to the scene and were met by an MTSU Police Officer who was already treating the victim who was identified as 28 year old Justin Jefferson. As MTSU Officer Hicks treated the gunshot wound victim, Murfreesboro Police put up crime scene tape to protect any evidence that may have been left behind by the shooter.

Jefferson was flown by Life Flight Helicopter to Vanderbilt Medical Center in Nashville where he was last listed in critical condition.

No word on an arrest at this point and a suspect has not been named in the Saturday night shooting.