Bank Robbery---BOLO For This Man 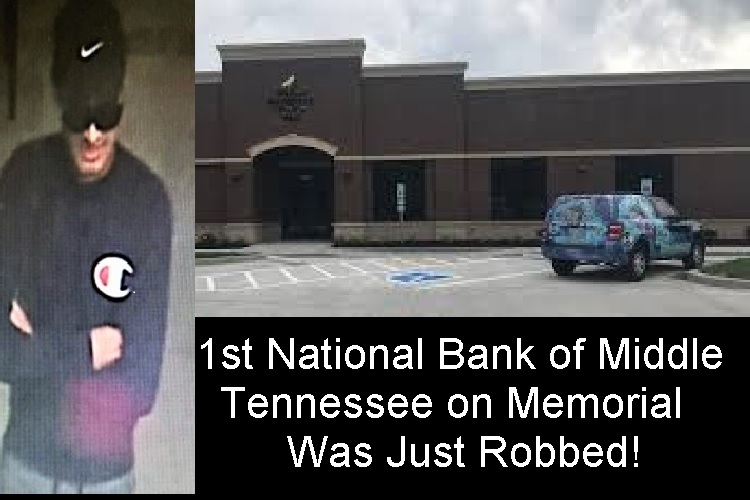 (MURFREESBORO) Around 3:05PM this (Wednesday 2/19/2020) afternoon, First National Bank of Middle Tennessee at 3427 Memorial Boulevard was robbed. Murfreesboro Police and the FBI are on-the-scene interviewing witnesses and combing the area to apprehend the robber.

A man entered the bank and handed the clerk a note demanding money and stating that he had a gun.

Surveillance cameras at First National Bank of Middle Tennessee showed the man was wearing a black Niki baseball cap, sun glasses, dark blue long-sleeve Champion shirt and gray slacks. He reportedly left the bank on foot. The facility faces Memorial and the Alvin C. York V.A. Medical Center and Public Grocery is in the rear of the bank.

As a safety precaution, schools in the immediate area have been placed on "lock down".

If you see anyone suspicious or have information related to the bank robbery, contact Detective Albert Myers at 629-201-5513.