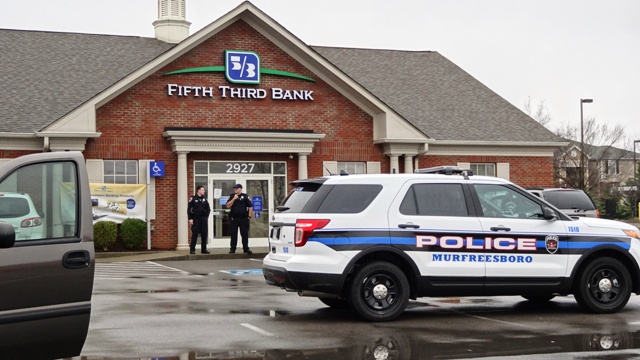 Murfreesboro Police are on the lookout for a black male who robbed the Fifth Third Bank at 2927 South Rutherford Boulevard at 9:10 Wednesday morning (3/11/2015).

Adkison says anyone with information should call the M-P-D's Criminal Investigations Division at 615-893-2717 or Crime Stoppers at 615-893-STOP (7867). If your information leads to an arrest, you could receive a cash reward from Crime Stoppers. You can remain anonymous. Not even the police know your name.