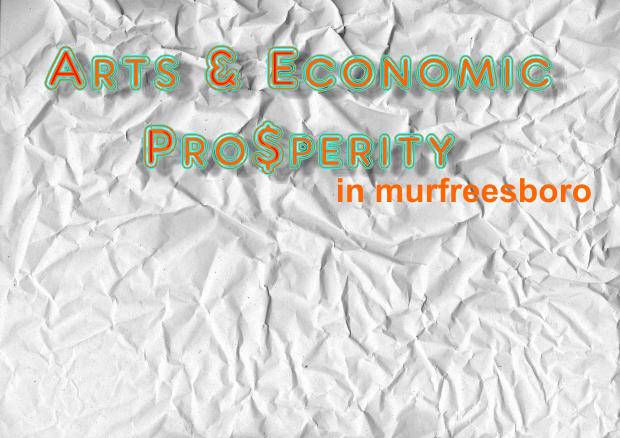 The City of Murfreesboro, along with State and County officials, will announce local results of the national Arts & Economic Prosperity 5 (AEP5) economic impact study in Murfreesboro and Rutherford County. The announcement will be made at the Rutherford County Chamber of Commerce on August 15, 2017 at 3PM. The Tennessee Arts Commission commissioned the statewide study in 2016, joining 19 other states and 341 communities and regions across the country.

Officials will announce the results of Arts & Economic Prosperity 5, the most comprehensive economic impact study of Rutherford County's nonprofit arts industry ever conducted. Thirty-six local arts organizations gathered data for more than a year. The study demonstrates the level of economic activity as well as the number of full-time jobs the local arts industry generates annually. A customized final report on the economic impact in Rutherford County will be provided to the media.

The AEP5 study is part of a national effort to document the impact of the arts with the Tennessee Arts Commission and Americans for the Arts. Participation in this study was the first and largest endeavor of its kind in Tennessee.