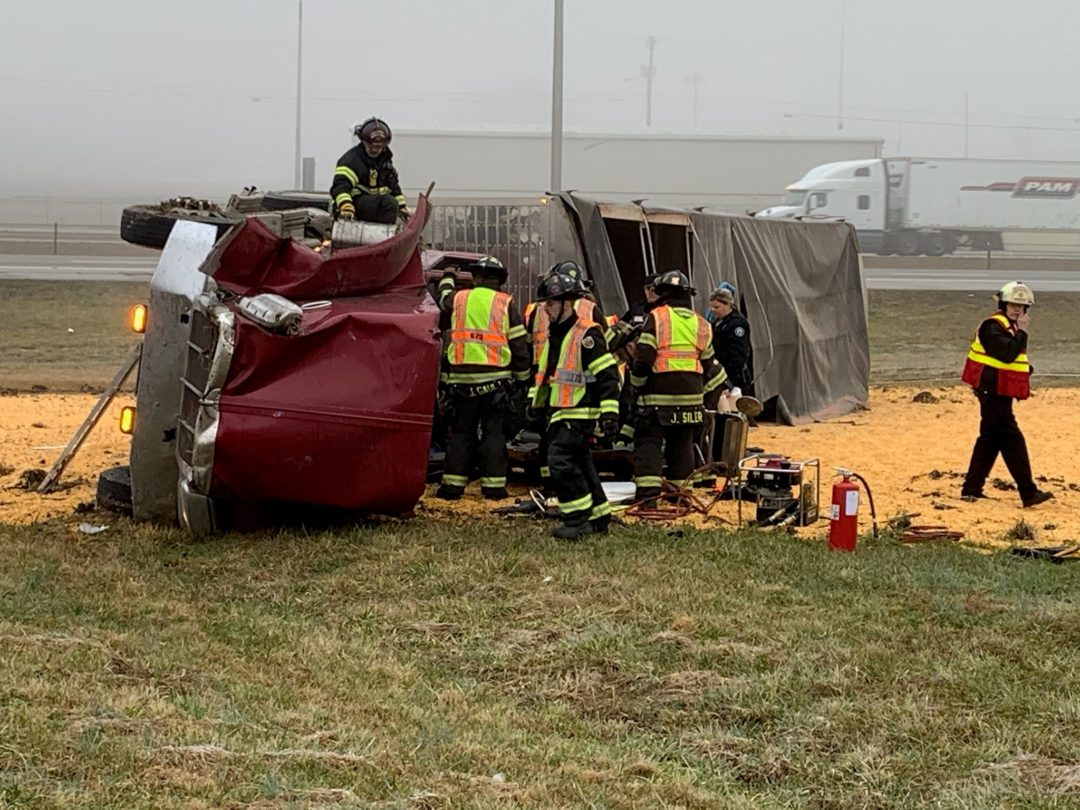 Traffic on Interstate 24 from Rutherford County through Manchester was slowed for a short time early Tuesday morning after a tractor trailer truck overturned. The accident happened at the 111 mile marker in the eastbound lane at approximately 8:20 a.m.

Manchester Fire and Rescue Department responded to the scene and extricated the driver from the vehicle. The driver was then transported by Coffee County EMS to the hospital.

The truck spilled a large load of grain at the crash site, which has since been cleared.