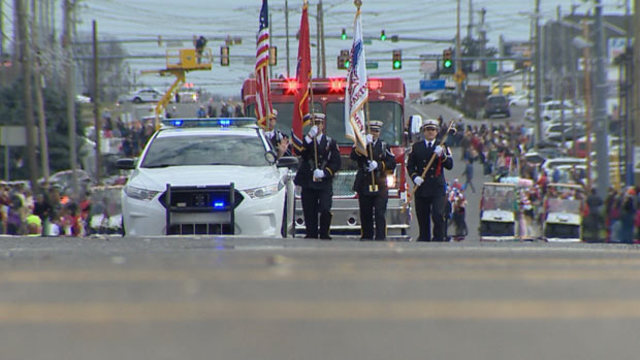 It was the 41st time Smyrna celebrated Christmas with a parade. The theme of Sunday's parade was "Miracle on Lowery Street." Organizers of the Smyrna Christmas parade say turnout was great as the weather was perfect for a parade. Many of those who attended the parade also brought in canned food items for the local food bank.

If you missed the Smyrna parade, be sure to make it out to the Rutherford County Christmas Parade in Murfreesboro. It will be held at 2pm this coming Sunday (December 13th). The grand marshal for the parade is retiring Murfreesboro Police Chief Glenn Chrisman. The parade will travel from Middle Tennessee Boulevard down East Main and around the square. Again, the time for the parade is 2pm this coming Sunday.