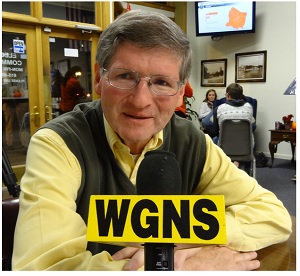 Bill Shacklett returns to the Murfreesboro City Council. He defeated two challengers for the vacant seat of former Councilman Toby Gilley, who gave up his seat after winning a General Sessions judgeship. Shacklett received nearly 46-percent of the vote or 9,218 votes. He was followed by Bill Jones' almost 39-percent (7,774) and Juanity Thouin's 14-percent (2,910). He tells NewsRadio WGNS while there are challenges facing the city...

Shacklett, who owns and operates Shacklett's Photography with his sister, Gloria Christy, served on the council for four-years, from 2002 to 2006.