Blackman Boys Down Science Hill 57-34; Next Up Final Four Friday 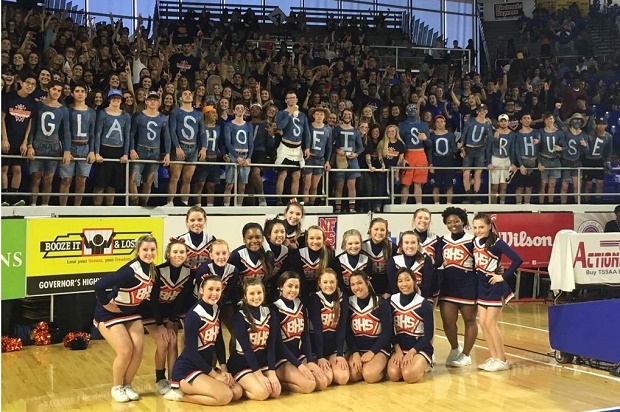 The Glass House was rockin' with a great Blackman student section at the TSSAA BlueCross Basketball Championships.

Blackman used a 10-2 run to open the second half, shooting 83-percent in the third quarter and great ball handling to distance themselves from Science Hill. They'd top the Hilltoppers 57-34 Wednesday to move to the state's final four in boys basketball with the win.

Blackman head coach Barry Wortman says after missing some layups in the first half and playing out of rhythem a bit, his team came around the second half...

Christian DeWitt had 10-points and 12-rebounds in the game and talks about the inspired second half for the Blaze...

Ceriontis Wilson led the Blaze with 16 points in the game, followed by DeWitt's 10 and sophomore Brandon Thomas was also in double figures with 10.

Blackman will play Memphis East Friday morning at 11:30am in the state's final four, a win away from the championship game. NewsRadio WGNS will have coverage beginning at 11:05am.

STATS FROM THE BLACKMAN/SCIENCE HILL GAME