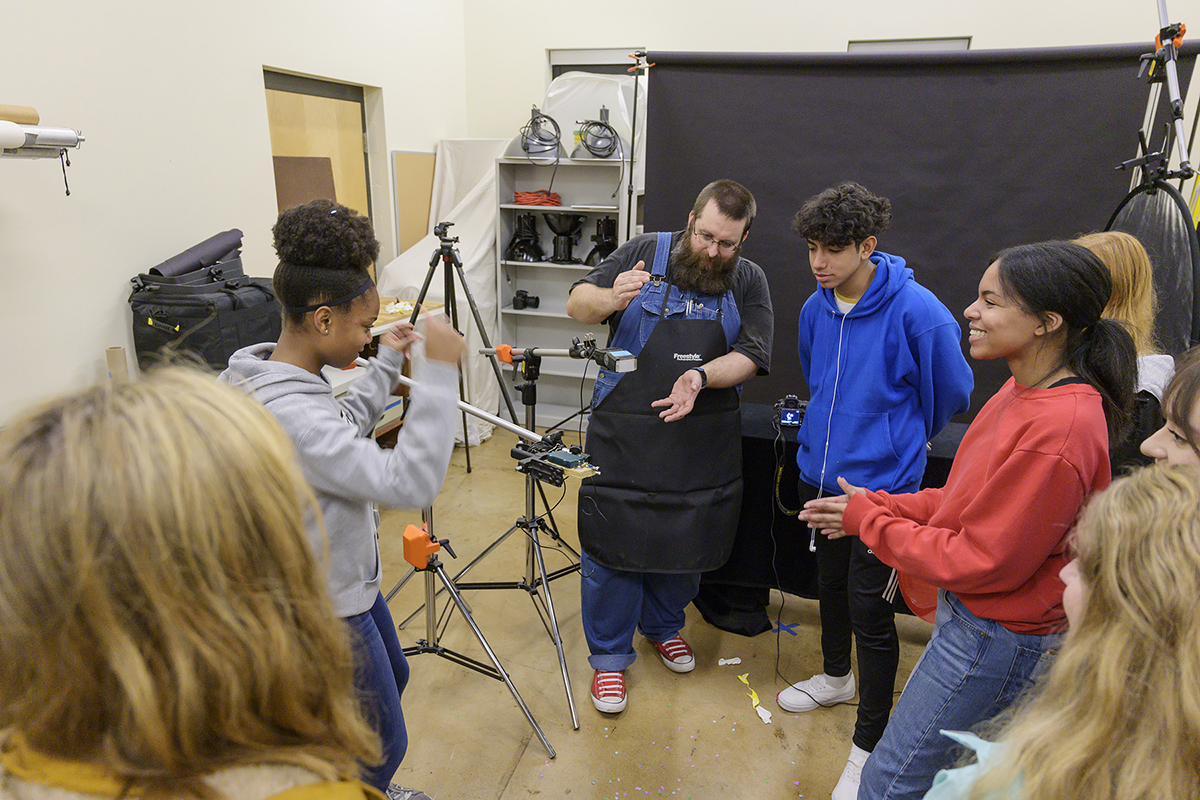 MTSU photography associate professor Jonathan Trundle demonstrates a photographic sound trigger coupled to an electronic flash for Blackman Collegiate Academy students attending his morning session Feb. 12 in the McFarland Building. It was part of a daylong visit by Blackman High juniors to learn about admissions procedures and academic programs at the university. (MTSU photo by Andy Heidt)

Blackman High School juniors who are part of the Blackman Collegiate Academy partnership with MTSU learned about biology research, how foreign languages can enhance their lives, unmanned aircraft systems and more.

Eighty Blackman students visited MTSU Tuesday (Feb. 12) as part of the partnership between the university and the Rutherford County high school on the west side of Murfreesboro.

The MTSU-Blackman partnership is one of several arranged each semester during the academic year. It gives Blackman students opportunities to spend time on the college campus. They meet MTSU students, faculty and administrators and learn about many of the university's 300-plus undergraduate and graduate programs.

MTSU recording industry, physics and astronomy, nursing, theatre and dance, mechatronics engineering, education and photography were among the options for Blackman students to consider on the BCA Day at MTSU.

Earlier in the day, they learned about admissions procedures from director Linda Olsen and experiential learning from EXL director Carol Swayze.

Blackman assistant principal Ken Reed, who is director of the collegiate academy, led the BCA students during the visit.