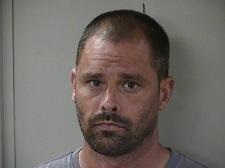 A Blackman Middle School Coach / Teacher has been arrested in Murfreesboro. WGNS' Ron Jordan has more...

The local educator was charged with domestic assault and aggravated assault. He was released on a $30,000 bond.

Moore was held in the Rutherford County Adult Detention Center for a total of 12 hours, which is a state of Tennessee mandatory "Cooling Off" period for domestic violence cases.