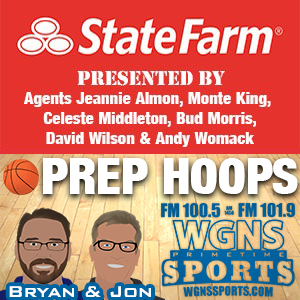 Blackman and Oakland win their semifinals games and will play each other for the Region 4-AAA title.

Riverdale, down by 19 to the Blaze, came roaring back to within one in the final minute. But Blackman's Donovan Sims sealed the 59-57 win, going 5-of-6 from the free throw line. He had 15 for the game while Riverdale's Jonathon Matthews led the Warriors with 23.

Oakland pounded the ball inside against Stewarts Creek enroute to a 53-43 win. Patriots' senior Tre Jones had 21 points in a very physical game. The Red Hawks only led once, just before the half. But Jones hit a three at the buzzer to take a 22-21 lead. They didn't trail again. Terrell Brown had 8 while Brayden Jackson added 7 for the Red Hawks.

Blackman will play Oakland Thursday night at 7 in the region championship, a rematch of the district championship game.

Middle Tennessee Christian boys were upset in the Region 5A tournament, dropping a 59-56 game to Community. Their season ends with a 25-5 record. Central Magnet School also lost a close one to Macon County, 66-61.