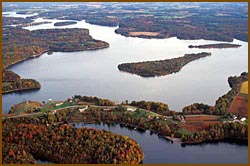 The body of a missing boater was recovered from Tims Ford Lake.

Emergency personnel responded to a 911 call in the early morning hours of August 19, near the Bluegill Grill on Tims Ford Lake. According to witnesses, 41-year-old Christopher S. Hale, of Shelbyville, TN, entered the water and disappeared. Mr. Hale was not wearing a life jacket.