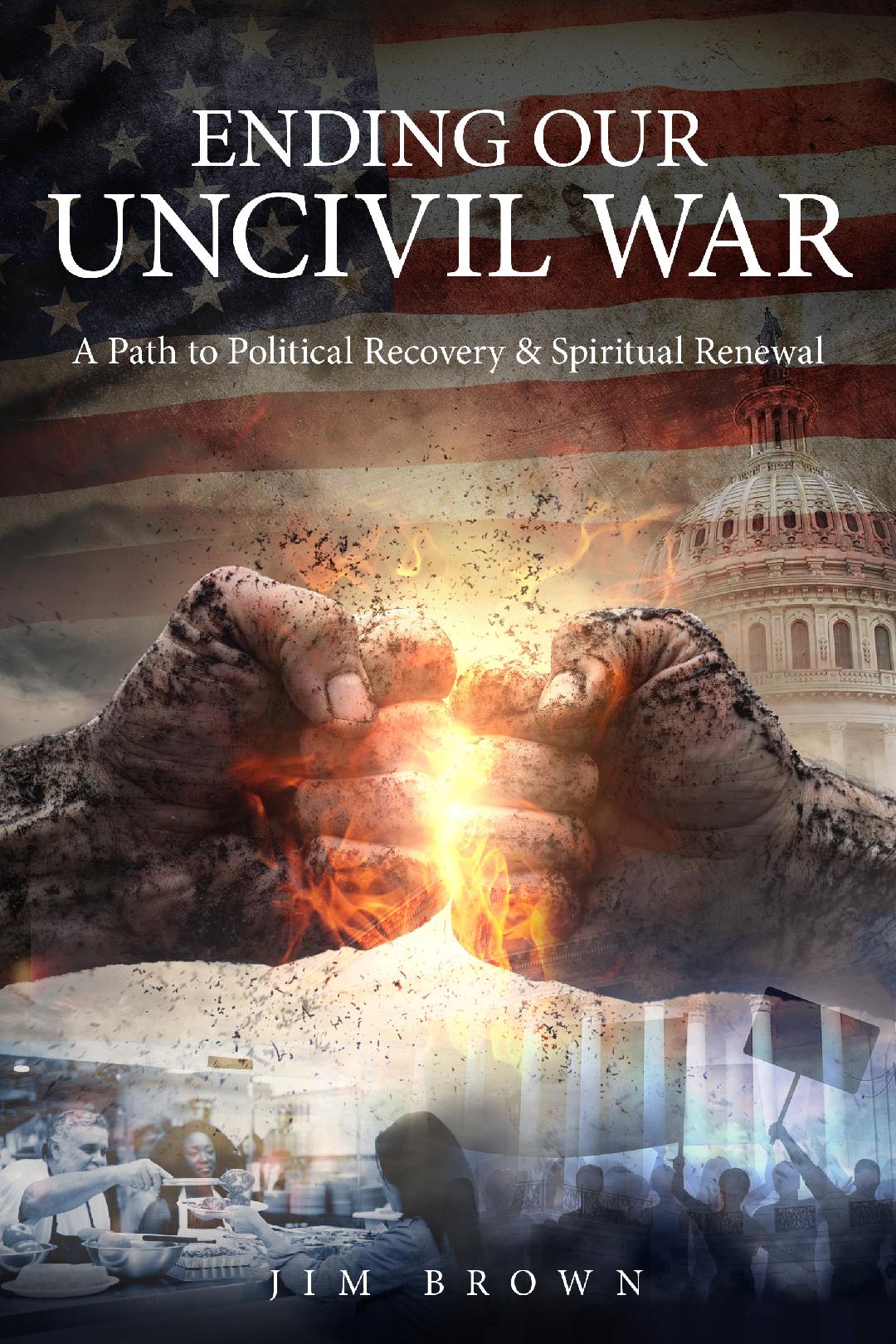 Ending Our Uncivil War: A Path to Political Recovery & Spiritual Renewal, a transformative book in today's polarized climate, is now available through various distribution channels. With an extensive background in government and media relations, author Jim Brown offers the reader a clear path to counter the growing fear and certitude that is paralyzing our country and fueling dehumanizing social media and our disturbing inclination toward authoritarianism.

"Many on the left and right are distrustful and even disgusted with each other," Brown says. "Many others wonder what they can do, as our uncivil war rages. My book seeks to answer that question by providing achievable action steps, regardless of one's political background, race or religion. While some believe the Great American Experiment is over, I believe a growing counter-movement to restore civility and political functionality is well underway."

The book has received excellent critical reviews from a diverse cadre of spiritual and political leaders, including Father Richard Rohr, a noted author and Founder of the Center for Action & Contemplation: "Jim Brown shares how he acquired the necessary tools - including a more contemplative mind, the routine of morning prayer, and avoidance of 'either-or' binaries - to experience healing open-heartedness and binding open-mindedness. He illuminates a path to spiritual growth and political recovery - serving regularly, loving our enemies, and refraining from scapegoating - that will help end our uncivil war."

David Plazas, Director of Opinion and Engagement, USA TODAY NETWORK Tennessee, adds: "Ending Our Uncivil War is a powerful call to elevating the virtue of good citizenship and defending American democracy. This book is an essential read in today's divisive political climate. [Brown] challenges us to become better informed, to get out of our echo chambers, to hold conversations with people who do not think like us, to truly listen, to open our minds to the hard truth that we may not always be right and to exercise our constitutional rights."

In the book, Brown invites the reader to get comfortable by boarding a beautiful, spacious airplane and get well above today's ground turbulence for a different perspective. He then asks the reader to get uncomfortable and check his political baggage, turn off his smartphone, and choose a seatmate who is either a political foe or someone who frustrates him to no end.

Brown then shares his ups, downs and lessons learned along a self-examination that began after reading a simple bumper sticker, "Don't believe everything you think." He provides the reader and seatmate not only common-bond experiences but also uplifting stories of regular service and loving one's enemy, and advice on how to rewire one's mind to deal with often incomplete or one-sided mainstream news and social media accounts. He engages the reader to participate in the fight on and off college campuses to protect free speech and to work together to enact badly needed political reforms that will restore functionality in government.

AUTHOR: Jim Brown is the Tennessee State Director for the National Federation of Independent Business. He was named to NashvillePost.com's "In Charge" list of 400 influential Middle Tennessee leaders from 2011-2016. He served previously as NFIB's Senior Media Manager and Business Editor of The City Paper in Nashville. He has a bachelor's degree in Communication from Vanderbilt University and served in the U.S. Navy as a Supply Officer on the USS Bainbridge.