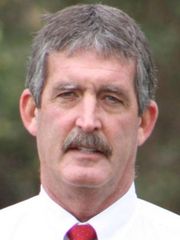 Rutherford County Road Superintendent Greg Brooks (pictured left) retains his position for four more years, defeating challenger Robert Alsup in the Republican Primary. Brooks captured 15,354 votes or almost 52-percent of the vote to Alsup's 14,109 or nearly 48-percent. With no Democrat on the ballot, Brooks will not face any competition in the August 4th general election. Brooks and Alsup were on the ballot four years ago, along with two other Republicans, for an open road superintendent position.

Property Assessor Rob Mitchell ran unopposed in the Republican primary and no Democrat sought the office. So, Mitchell will remain in office for at least another four more years.