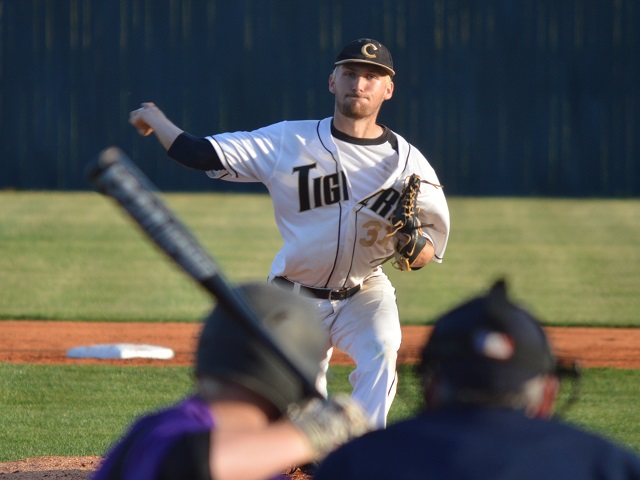 The Central Magnet Tigers, up 4-to-1 had to survive a seventh inning comeback attempt by Ripley. With two runs in, tying run at first and two outs, Central pitcher Austin Worley dug deep for the final out...

Jon Dinkins with the call on WGNS as Central defeated Ripley 4-to-3. Tigers head coach Buddy Powers talks about his pitcher's performance...

Now the Tigers will play CAK out of Knoxville and Powers says it will be a challenge...

Central will battle CAK around 12:30 from Blackman. WGNS will have coverage of the game just before the first pitch. The winner will advance to the bracket finals and the loser will have to play at 6pm tonight (Wednesday).