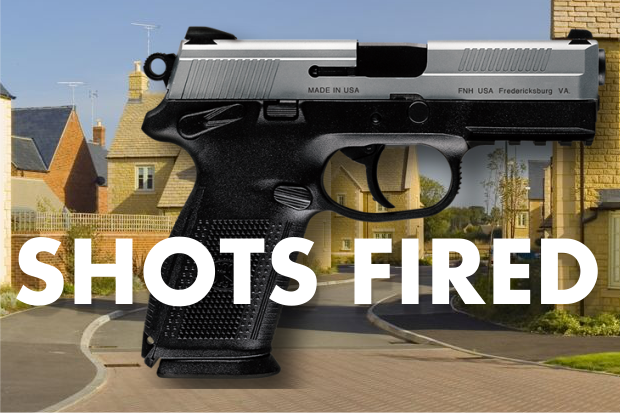 A shots fired call was reported to Murfreesboro Police on Sunday night around 11:00. Apparently, an unknown person or persons fired shots into building number five at Ashwood Cove III apartments on Lascassas Pike.

Once police arrived on the scene, it was realized that one bullet entered an apartment through a living room window. The bullet then went into the ceiling of the apartment that was occupied at the time of the shooting. Luckily, the resident was not hit.

Officers found four spent .40 caliber shell casings in the parking lot of the apartment complex and collected them as evidence.

No arrests have been made at this time.