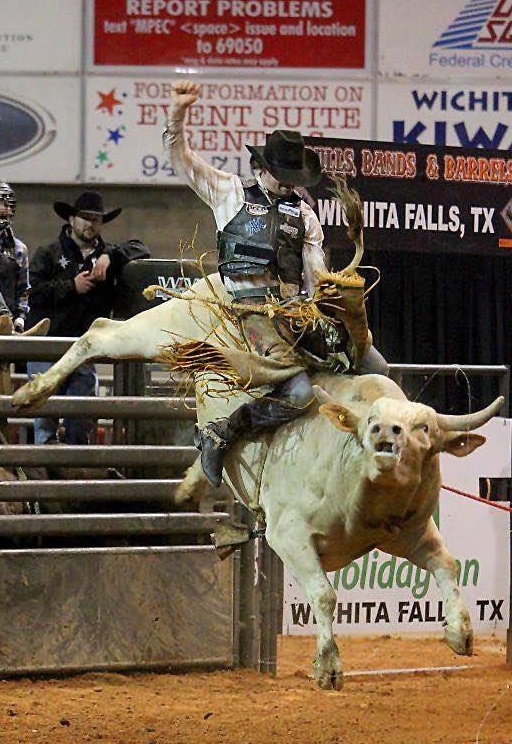 The 2017 Bulls, Bands and Barrels tour will make the second stop of its 6 market tour on Saturday, April 1st at Calsonic Arena.

Following a successful kickoff event that sold out on its first stop in Lexington, KY, the Bulls, Bands and Barrels tour seeks to not just repeat but elevate the excitement level with its second event in Shelbyville, TN. Featuring the rankest bulls in the southeast and the fastest equines, Bull, Bands and Barrels promises to be three of the most exciting hours in westerns sports and entertainment.

Following the competition, Mary Katherine Williams will take the stage to dazzle fans before Frank Foster brings his "Rowdy Reputation" to middle Tennessee to treat fans to his special brand of musical independence at its highest level.

The format is as follows: 20-30 of the best bull riders will tackle the rankest bucking bulls in the southeast, striving to make the 8-second buzzer. If a rider stays on his bull for the required 8 seconds, he gets a score and a chance to compete in the championship round. If he gets bucked off, he is finished. The cowgirls will take the dirt following the bull riding to see which of them can get the fastest time as they race around barrels in a figure 8 pattern.

Last BBB event in Lexington, KY, fans watched as local stars grabbed some of the top spots in the final standings. Fans eagerly await to see if Shelbyville competitors will do the same.

Tickets for Bulls, Bands and Barrels are on sale now and can be purchased at Xorbia.com. Adult tickets are $20 in advance and $25 at the door. Children 12 years and under are just $12.

Following the BBB event in Shelbyville, the next tour stop is slated for August 5th in Fletcher, NC. Other tour event dates include Alexandria, LA, Hattiesburg, MS and Montgomery, AL. Fans wanting more information about the tour can like and follow the Bulls, Bands and Barrels Facebook page or log on to BullsBandsandBarrels.com.