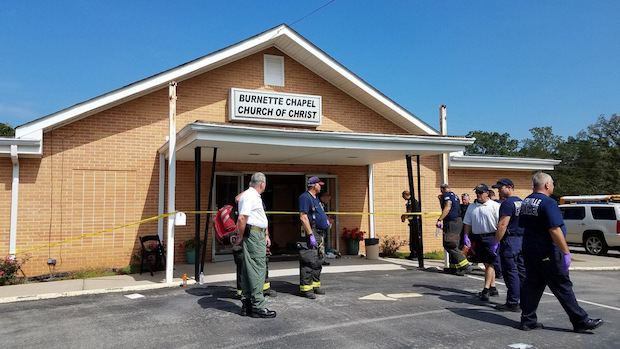 Many in the mid-state are still in shock over the events at Burnette Chapel Church of Christ, when a shooter opened fire on members.

Melanie Crow Smith, age 39, of Smyrna was walking to her car when she was allegedly shot by the suspect, 25-year old Emanuel Kidega Samson.

Minerva Rosa was in church during the shooting:

Six people were injured - including the church usher - who wrestled the suspect to the ground. Caleb Engle, was pistol whipped by the suspect, who then accidentally shot himself during the scuffle. Engle then went to his vehicle to get his gun to hold the suspect until police arrived.

This woman raced to the hospital - concerned about her friend Pastor Joey Spann - who is among the injured:

Burnette Chapel Church of Christ is just over the Rutherford County line from La Vergne. Many Rutherford County residents are members there. Samson was living in Murfreesboro. He's said to have legally arrived in the U.S. from Sudan in 1996 when a young child.

Members of the church also report to authorities Samson visited the church a few years ago.

Metro Nashville Police, the FBI and other national agencies are investigating the church shooting.

The investigation to this point shows that Samson, of Nicole Lane in Lavergne, Tennessee, pulled into the church parking lot in a blue SUV. He is believed to have been there for at least several minutes before church let out. When Melanie Crow Smith, 39, of Smyrna, appeared in the parking lot, Samson is alleged to have opened fire on her. She was fatally wounded and died at the scene. He is then alleged to have entered the main doors of the church sanctuary where multiple additional shots were fired.

Six persons in the church were wounded by gunfire.

They are identified as: 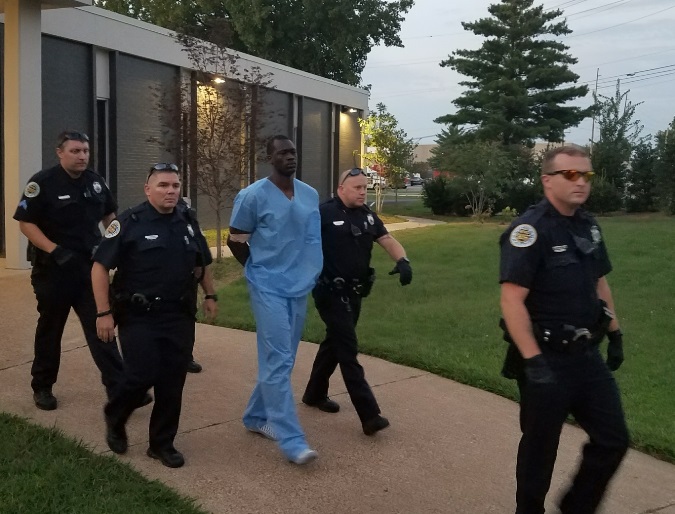