Business In Rutherford County Is Exploding 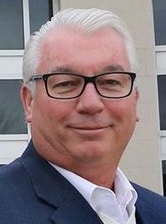 On Wednesday night (8/17/2017) Rutherford County Chamber of Commerce Vice President of Economic Development Brian Hercules told those in attendance that proof of success for local business is found in the sales tax totals released by the state.

Hercules emphasized that local retail sales are ahead of Hamilton, Williamson and Wilson County. Only Davidson, Shelby and Knox counties are ahead of Rutherford County.

He was asked what do figures like the $7.1-billion in retail sales for 2016 tell corporations who are considering moving to Rutherford County?

For those who wish to learn more about when future community talks are scheduled, contact First Presbyterian Church 615-893-3882. Dr. John Hinkle, pastor of the downtown congregation, acts as a fascilitator to the program. The church is on the corner of College and Spring Streets.