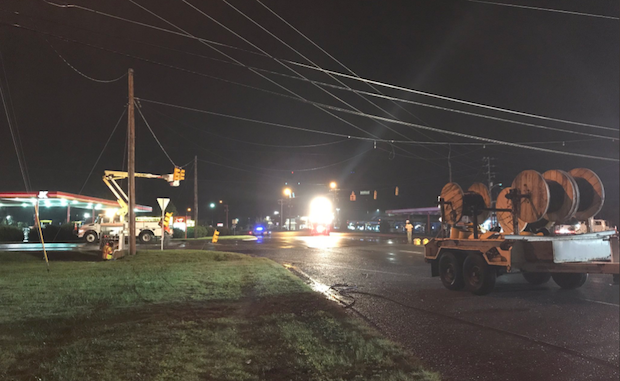 Nissan Drive at Enon Springs Road is back open after an overnight crash. Smyrna Police report a crash involving a car hauler and a van around 8pm Tuesday kept the intersection closed for nearly 12-hours.

While no one was hurt in the crash, a power pole was damaged and knocked down power lines. The intersection had to be shut down as utility crews from Middle Tennessee Electric worked to repair the damage left behind.

The intersection reopened around 7:45 Wednesday morning after causing significant traffic backups near the Nissan plant and Smyrna T-CAT.