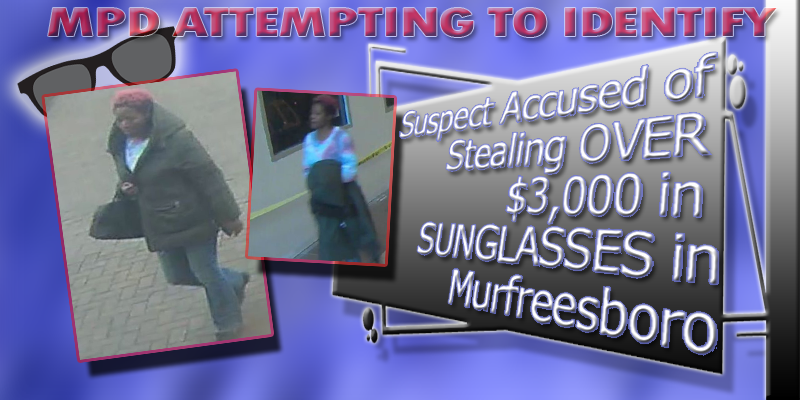 Murfreesboro Police report that one shoplifting suspect was caught on camera outside of the local shopping mall. Detectives are now attempting to learn the identity of the woman with the assistance of the community.

The suspect is accused of stealing $3,700 worth of sunglasses at LensCrafters located inside the Stones River Towne Center (1720 Old Fort Parkway).

The shoplifting incident occurred on February 12th when the woman entered LensCrafters and allegedly started selecting her shades one by one, placing them in her pockets. After gathering the lenses, she fled the store without paying for them.

If you recognize the woman in the above photos, please contact MPD Detective Wes Hall at 629-201-5511.