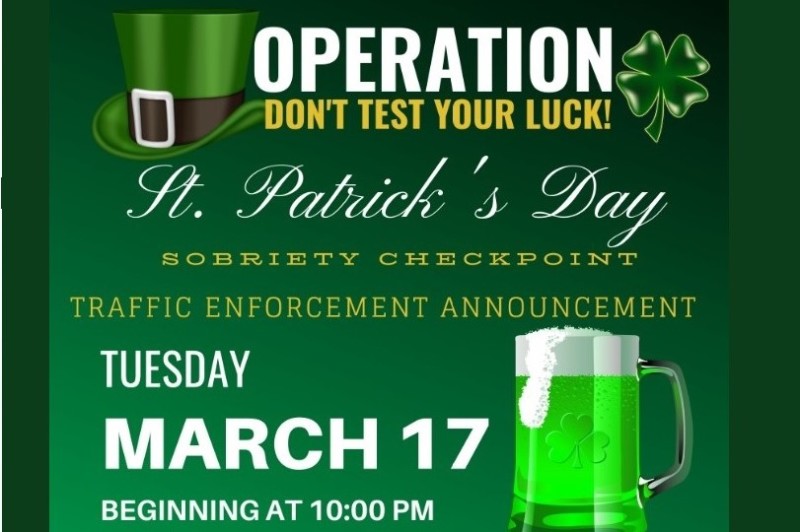 "Operation Don't Test Your Luck" will be the theme of a sobriety checkpoint beginning at 10:00 o'clock Tuesday night, March 17, 2020, on Rutherford Boulevard between Southeast Broad Street and South Church Street.

Officers hope awareness about the checkpoint will keep impaired motorists from driving and prevent traffic deaths and injuries.

Instead, drinking drivers are asked to use a designated driver or get a ride with a taxi or a ride service.

A representative of the Mothers Against Drunk Driving will distribute pamphlets about the consequences of drinking and driving.

As they say, "Don't end up in the back of a paddy wagon this St. Patrick's Day."