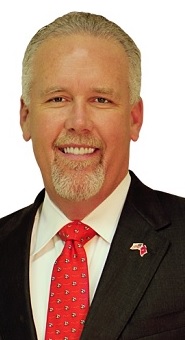 Joe Carr, one of the two Republican candidates vying for the 14th District State Senate seat vacated when Jim Tracy resigned, responded to a mail piece from Shane Reeves promising to forego per diem if elected.

Carr said, "I had to laugh at Shane's promise to not accept the 47 cents a mile mileage reimbursement for traveling to and from the Capitol if he is elected. This is a guy who stuffed a MILLION dollars in Tennessee taxpayer money into his pocket in 2016, thanks to a grant from Economic Development Commissioner Randy Boyd, who then got an endorsement and a $5000 check to his Governor's campaign from Reeves. But he's a "conservative" because he won't accept about $20 a day in mileage reimbursement if he is elected? Shane could make 521 trips to Anchorage, Alaska -- 4080 miles away, and warmer than Middle Tennessee today -- and collect less reimbursement than he got in his million dollar sweetheart deal from taxpayers! If Shane is really a conservative, he needs to return that million dollars immediately."

"Despite the assurances made to me personally from both Shane Reeves' father, former Murfreesboro Mayor Richard Reeves, and his campaign Treasurer Teb Batey, that the Reeves campaign would not engage in the typical "negative attack ads" that politicians spew at election time, Shane showed his true colors with a political hit piece delivered into mailboxes in the 14th Senatorial District yesterday."

"I am disappointed in Shane; and I hope two men I have long respected and admired will distance themselves from the politics as usual being used to advance the 'win at all costs' ambitions of Shane Reeves. While loudly declaring himself 'not a politician' Shane is showing that he is the worst kind of hypocritical politician by resorting to inaccurate and deceptive personal attacks while patting himself on the back for being such a strong man of 'faith." Actions speak louder than words, and Shane's shameful actions reveal who he really is."

"I will continue to talk specifically about how I will represent the 14th District -- supporting President Trump's efforts to secure our borders and enforce our immigration laws, cutting the taxes and regulations that hamper business and job growth in Tennessee, protecting our history and heritage, and opposing efforts to use Tennessee tax dollars to subsidize tuition for illegal aliens. I am confident that on January 25th(and throughout early voting starting today) voters will support my consistent, conservative RECORD rather than be fooled by shallow rhetoric and slimy political tactics of those who will do anything to win a political campaign."

Early voting in the Primary Election for this special state senate race is underway now through January 20, 2018. Locally, you can early vote at the Rutherford County Election Commission office on the Murfreesboro square or at SportsCom.