Catalytic Converter and Purses the Target of Recent Murfreesboro Thefts 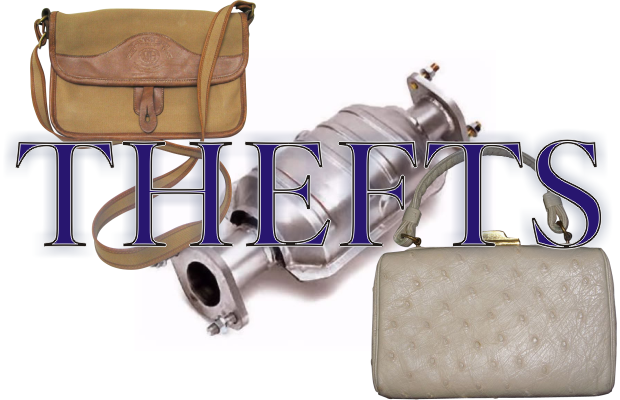 Two purses were stolen on Thursday in Murfreesboro at area parks. In both cases, the victims left their purse in their vehicles as they went for a walk.

The first theft occurred at Barfield Crescent Park. The unknown culprit broke out the window of the car to gain access to the purse. The second theft happened at the Stones River Battlefield. In that case, a window was also broken out of the small SUV and the purse was taken.

A third theft involving a vehicle was reported on Beaconcrest Circle. Beaconcrest is in the area of Highway 99 and River Rock Blvd. The victim told police that her 2008 Nissan Altima was parked in her driveway when someone cut the catalytic converter off the car.