Center for the Arts Just $5,000 From Goal For Matching Funds 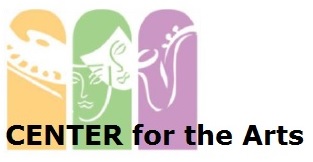 (MURFREESBORO) "Extra, Extra--Read All About It"--Center for the Arts Executive Director Patience Long told WGNS that they have almost met phase one's goals of funding renovations at the West College Street complex.

Long notes, "We have raised $20,000 for our rehabilitation campaign! Money from this campaign is supporting much-needed updates to our historic building like the new lighting currently being installed over the stage and new curtains that will be hung tomorrow! We are only $5,000 away from securing an additional $25,000 matching grant!"

She explained, "The Center needs your help to restoring the beautiful, historic building that houses its 127 seat theater, art gallery, educational programs, and rehearsal spaces. An anonymous donor has contributed $25,000 to rehabilitate the Center and pledged another $25,000 in matching funds."

Did you realize the land on which the Center for the Arts is located has served the community since the early 1800's. Early records note that it was first a home where First United Methodist Church was formed. Later the home was a carpenter's shop, a mortuary and eventually was the site of a livery stable.

In 1907 the federal government bought the property for one dollar and in 1909 built the city's first federal building "The United States Post Office".

The building housed the post office until 1963 when it was converted into the Linebaugh Library.

In the mid 1980's the library moved to their present location on Vine Street, and in 1995 the Center for the Arts opened its doors.

In 2019, the Center will present 14 productions including Newsies, The Producers, and Sweeney Todd, produce 5 Junior shows, educate more than 500 children (ages 5 to 18) through Center Stage Academy, our youth education program, display more than 600 pieces of local art, and touch more than 25,000 people through it's arts programming.

Executive Director Log pleads, "Help us preserve this historic landmark by giving to the Rehabilitation Campaign."

It tells the true story of the newsboy strike of 1899, and inspires everyone to seize the day and fight for what's right.

When Joseph Pulitzer (Adam Boe) decides the easiest way to fatten his bottom line would be to raise the price of the newspapers for the newsboys who distribute them, Jack Kelly (Nicholas True), a charming but cheeky Newsie, decides that he's tired of the publishing giants exploiting him and the other Newsies in town. With the help of Davey (Callum Ammons), Les (Jude Williams), and journalist Katherine Plumber (Isabella Kearney), they rally the newsboys from all over the city to form a union and go on strike, where they discover that wrongs can be righted - if they're united.

That's not all, the theatre's perform arts classes for ages 5 to 18 begin January 14, 2019. Classes are at 4:30PM Monday through Thursday, and scholarships are available.

For more information, or to reserve your seats--phone 615-904-ARTS (2787) or visit their website www.BoroArts.org.