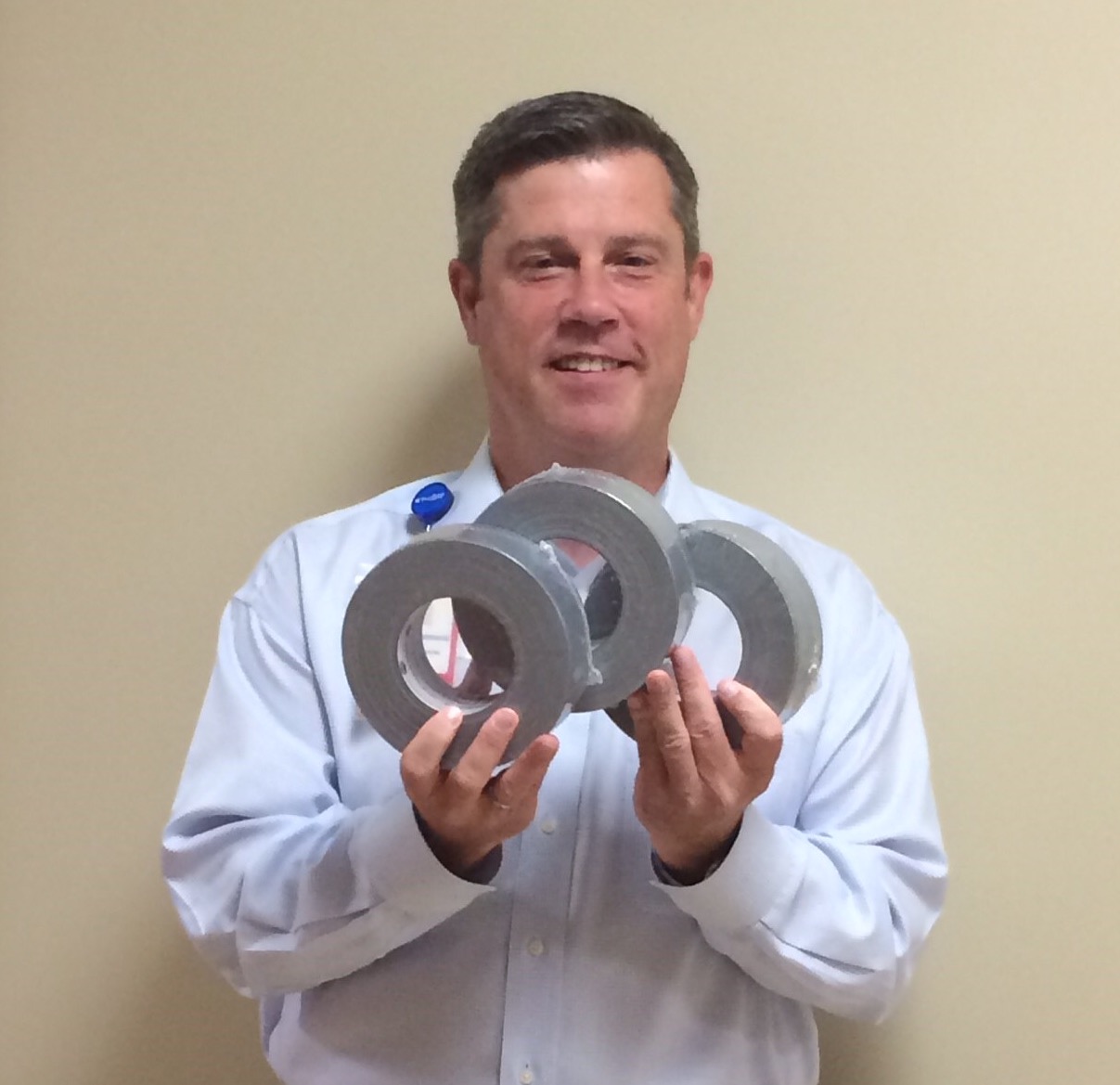 On August 28, Jeffery Woods wants his employees to stick it to him - literally.

That day, employees at TrustPoint Hospital in Murfreesboro will pay for the privilege of taping their own CEO, Woods, to the wall. It's an inventive fundraiser which TrustPoint is doing to support the American Heart Association and the upcoming Rutherford Heart Walk on September 19. All donations raised by the TrustPoint taping will go the association's research, education and public health programs.

When first approached about the idea, Woods responded, "None of our staff would want to tape their CEO to a wall."

He was wrong. "And how terrific it is to be wrong!" he says.

TrustPoint wants to help the association raise awareness about cardiovascular and cerebrovascular health, prevention, and research and assist its mission of building healthier lives, free of cardiovascular diseases and stroke. Heart disease is still the No. 1 cause of death in the U.S., and stroke is No. 5.

"Each of us has been touched in our lives by a friend or loved one who has suffered or lost their life to coronary disease, heart attack, or stroke," says Woods. "In a small but important way, we join the American Heart and American Stroke Association in its mission to reduce preventable disease, morbidity, and mortality.

"For my part, it appears I will satisfy an unmet desire by TrustPoint Hospital staff to put me in my place - against a wall - taped by their desire to help this worthy cause," says Woods. " Great times ahead, all for the American Heart and American Stroke Association of Rutherford County. Let the taping begin!"