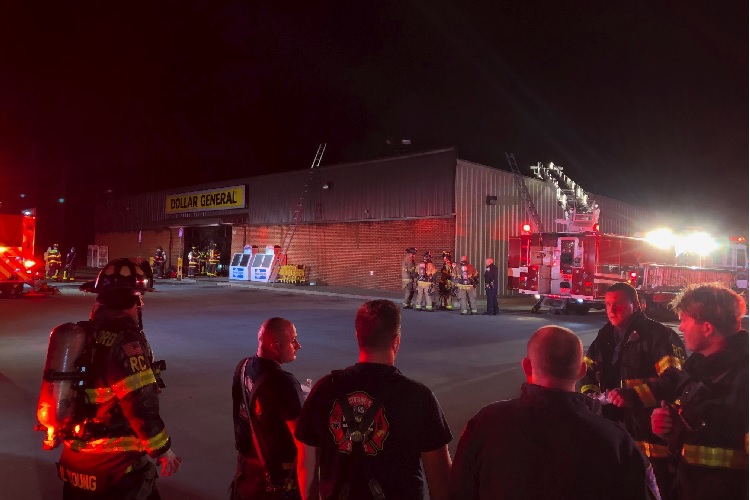 (Christiana, TN) The Dollar General Store at 5854 Shelbyville Highway in Christiana will be closed for an indefinite period after a major fire around 10:00 o'clock Thursday (12/5/2019) evening.

Fire Investigator Joshua Sanders reports that heavy smoke and flames were billowing out the front of the structure when first responders arrived.

There were two employees inside the store when the fire was discovered. They immediately call 911, and then quickly exited.

Sanders estimates that the damage to the structure and contents is around $500,000.

He noted, "There was no sprinkler system in this business, and the outcome would have been dramatically different if they had one."

The investigator reports, "It appears the fire was startd by failure of a flourescent light fixture."

Sanders estimated, "It will take a long time to repair the Dollar General Store as there is roof damage along with interior damage throughout the building."