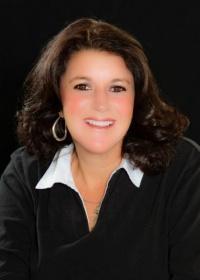 Rutherford County Circuit Court Clerk Melissa Harrell announced today that she is seeking re-election in the upcoming May 1, 2018 Republican Primary.

"It has been my privilege and honor to serve the residents of Rutherford County since I was first elected to this position in 2014, and I wish to continue to represent you." Melissa Harrell said. "During my first term I focused on streamlining operations and enhancing customer service. I will continue to make improvements to meet the needs of our community."

The Circuit Court Clerk is responsible for all filings, processing and final dispositions of cases, which include several phases of the Civil and Criminal law procedures in the Juvenile, General Sessions (Civil & Criminal), Circuit Civil and Circuit Criminal Courts.

Since 2014, Harrell has worked on numerous initiatives to make business at the court house a more efficient process. Such initiatives include an on-line payment system to accommodate the working population, which also successfully generated revenue.

"My staff and I have worked hard to maintain a well-run and well-managed court clerk's office." Harrell said. "We've been able to return almost two million dollars into the county general fund by keeping our office's operating costs low, without sacrificing the service we provide to the citizens, judiciary, law enforcement, and other administration of justice agencies of Rutherford County."

While under her direction, the court clerk's office has been able to resolve several recurring audit findings, some of which have plagued the court clerk's office for nearly two decades and implement new procedures to better safeguard the public's money. The improvements have directly led to Harrell and her staff being recognized by the State Comptroller's office this year for receiving the first perfect audit with zero findings.

Melissa Harrell is a lifelong Rutherford County resident. She resides in Murfreesboro with her husband and two children.