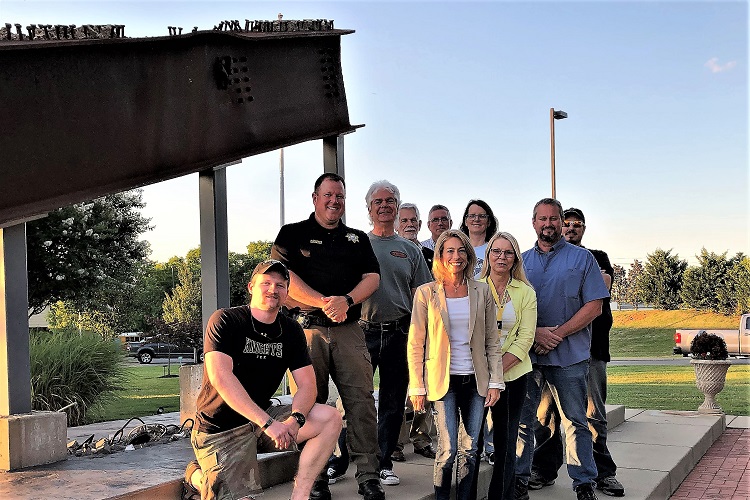 (MURFREESBORO) Personalized bricks are being sold to pay for updates to the 9-11 Memorial at the Rutherford County Sheriff's Office on 940 New Salem Highway. The memorial remembers the people who lost their lives Sept. 11, 2001 when terrorists crashed jets into Tower 1 and Tower 2 of the World Trade Center in New York City, the Pentagon in Washington, D.C., and a field Shanksville, Pennsylvania.

A 3,000-pound steel beam from Tower One of the World Trade Center is the focal point of the memorial dedicated in 2011. The beam is supported by three columns representing firefighters, law enforcement officers and paramedics who lost their lives that day.

Cassidy said, "Since 2011, we've been trying to finish the memorial. For that to happen, we need to sell bricks to raise funds to complete this lasting memorial for future generations so we never forget."

The Sheriff's Citizens Academy Alumni Association will sell the bricks for $100 for an 8-inch by 8-inch square brick or a 4-inch by 8-inch brick for $50. People may choose bricks on the order form or call Cassidy at 615-904-3019 or jcassidy@rcsotn.org.

Cassidy noted,"Bricks may be named for family members who served in the military or anyone in public service. Businesses and civic and community groups may want to buy bricks to support the project."

Andrea Calfee of the alumni group commented, "Adding bricks to the plaza surrounding the Rutherford County Sheriff's Office 9-11 Memorial is important at this time to refresh our memories as to the historical significance of September 11, 2001.

Calfee concluded, "The funds generated by the sale of brick pavers will be used to enhance the memorial and to prepare interpretive signage to assist visitors and Sheriff's Office personnel in their understanding of how this project got started to commemorate the 10th anniversary of the attacks in 2011."