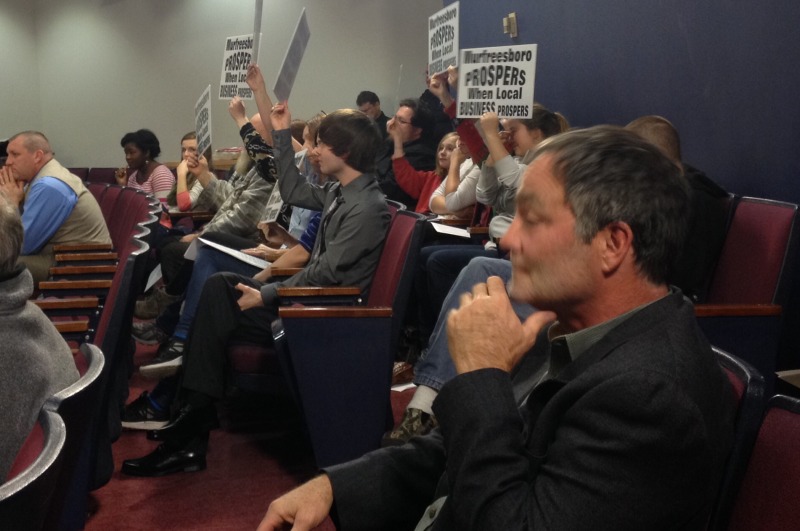 Bringing signs to a sign ordinance. Murfreesboro city council met Thursday night to discuss the proposed city sign ordinance, which brought many sign holding residents who are against it. The signs say, "Murfreesboro Proposers when Local Business Proposers."

Many residents' concerns are not being able to use multiple colors on signs except during holidays, some went as far as saying the proposed ordinance has no public benefits, and even one male resident said it's the worst one in the Middle Tennessee area. The city voted yes on the ordinance, but not Councilman Bill Shacklett. Shacklett, a small business owner himself, was one of the only council members with huge concerns. NewsRadioWGNS' Jackson Jones has more...

Shacklett says the next step will be with permanent signs.

The council voted for the sign ordinance in a 5-1 vote.