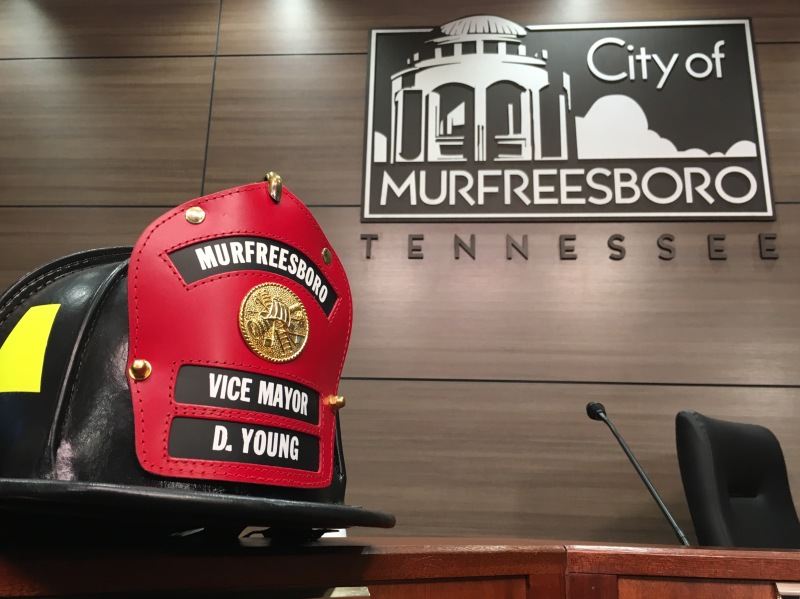 Young, who passed away on December 18th 2016, left behind many dedicated years to the City of Murfreesboro. Mayor Shane McFarland and the members of council shared their memories of him. NewsRadioWGNS' Jackson Jones has more...

Council approved a resolution to honor Young every January 5th. His family was present to accept the resolution. Council kept Young's firehouse hat on his seat for the remainder of the evening.

At the end of the meeting, City Attorney Craig Tindall presented a letter to council about seat vacancies. The decision of having council appoint someone to office or having a special election was discussed.

Some concerns of holding a special election were brought up coming out of the tax payers expense. Others said having it gives the power to the people for voting who they want on council.

Councilman Rick Lalance said it wouldn't be fair for someone to run in an election just to run again in 45-60 days. Councilwoman Madelyn Scales Harris said that having a special election wouldn't be a good idea due to such low voter turnout.

Councilman Eddie Smotherman proposed the idea of looking back at the runner-ups in previous elections. Councilman Shacklett stood for the vote going to the people. He said having only four people decide on council isn't fair to the public. Mayor McFarland said having an election is the best possible solution.

A motion was made to draft a resolution with the charter for council to have the option of having a special election or appointing someone. Council will wait until next week to meet again on the vacancy discussion.

We spoke with Councilman Shacklett about the council vacancies decision..

In other council news, recommendations from Murfreesboro Fire & Rescue Chief Foulks were heard regarding approving a contract with The Parent Company to serve as Construction Manager at Risk (CMAR) for the Police and Fire & Rescue Public Safety Training Center.