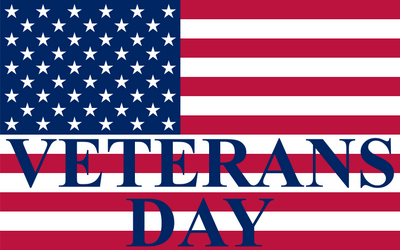 City Hall and other City offices will be closed Friday, Nov 11, 2016, for Veterans Day, a day to honor the heroism and sacrifice of our nation's veterans. The federal holiday closings include St. Clair Street Senior Center. Rover, the City's public transportation system, will not run Nov. 11.

Veterans Day is an official U.S. holiday which honors men and women who have served in the armed forces during all wars. It is a federal holiday that is observed each year in the U.S on Nov. 11. Veterans Day is the anniversary of the signing of the armistice, which ended World War I hostilities between the Allied nations and Germany in 1918.

In 1919, the first Armistice Day commemoration, President Woodrow Wilson proclaimed the day should be "filled with solemn pride in the heroism of those who died in the country's service and with gratitude for the victory."

Armistice Day and Remembrance Day are holidays celebrated in other parts of the world that also mark the anniversary of the end of World War I.