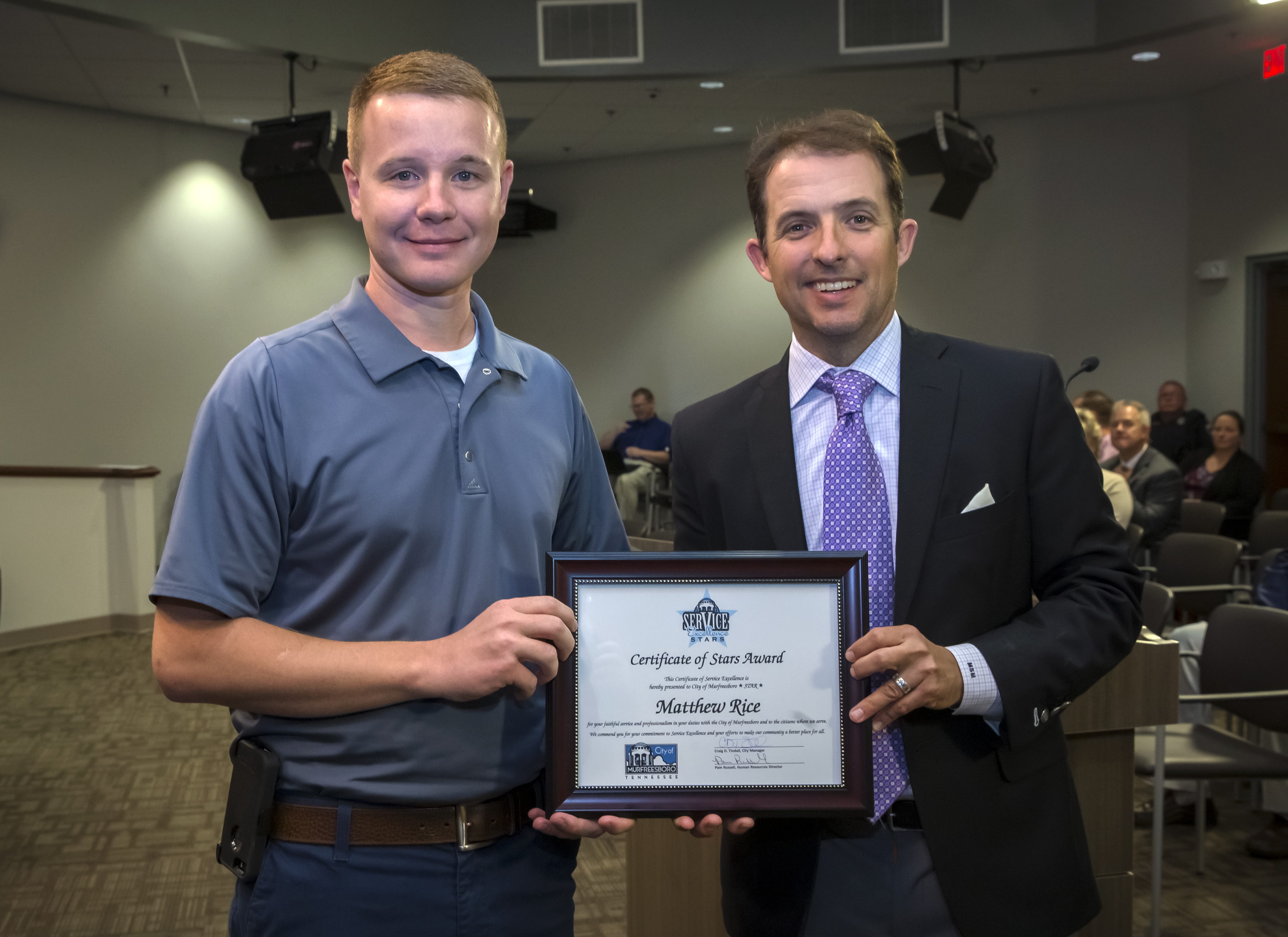 Murfreesboro Police Officer Matthew Rice has been recognized as the STARS award recipient for March 2019. Rice was honored by Mayor Shane McFarland prior to Thursday's (April 18) meeting of the Murfreesboro City Council.

On two separate days, Officer Rice apprehended or assisted in the apprehension of felony suspects involved in numerous home and auto burglaries and violent offenses.

Matthew Rice was first hired as a Trainee for the Murfreesboro Police Department on Nov. 14, 2016, after serving as firefighter for the Tullahoma Fire Department.

In the nomination, the following narrative was provided by Tom Sissom:

"On two separate days, Matthew Rice did an excellent job in apprehending or assisting with the apprehension of Felony suspects involved in repeated incidents of violent offenses and the suspect in numerous home and auto burglaries. He single-handedly located and stopped four suspects in a robbery only minutes after the crime was reported. The next day, he was the driving force in the apprehension of a burglary suspect who was without a doubt responsible for many auto burglaries in the area of Northwoods Subdivision. Office Rice's persistent efforts paid off. For the steady and consistent effort Officer Rice puts forth while doing his job, I wanted to nominate him for this award."

The STARS Service Excellence program is intended to recognize outstanding employees who embody the city's standards for service excellence and exemplify the city's core service values. The purpose of the STARS award is to recognize and reward those employees who go above and beyond their normal job duties in providing outstanding customer service to internal and external customers.

Congratulations to Officer Matthew Rice for being named recipient of the STARS Award for Outstanding Performance.