City School's Dr. Gilbert Passed Away From A Stroke 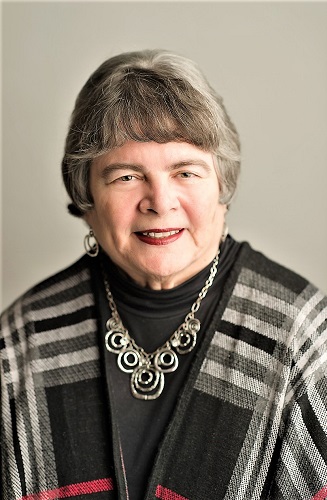 Funeral arrangements will be announced later by Woodfin Funeral Chapel. Due to the COVID-19 guidelines and these unprecedented and uncertain times, a Celebration of Life will be held at a later date. In lieu of flowers or meals, the family asks that donations be made to Murfreesboro City Schools, through the C. H.O.W. program or Bob the Book Bus at www.cityschools.net/accepting-donations.

The mayor says his last conversation with Dr. Gilbert was about next school year and what challenges might lie ahead in a COVID-19 environment:

Rutherford County School Director Bill Spurlock commented, "Dr. Gilbert spent her lifetime dedicated to serving children, and our community has lost a great advocate of public education. She was a valuable colleague, and I will miss her friendship. Our prayers are with her family and the city of Murfreesboro as they mourn this tragic loss."

Lea Bartch with Murfreesboro City Schools' Gifted Student Program said, "Linda would get an idea In her head about what she wanted...and that was that! Often she'd ask for something to be done that seemed impossible. She'd say, 'Figure it out, and I don't want to hear it can't be done.' She would refer to this as cliff jumping. The more I grew under her leadership and this so called cliff jumping, I started to anticipate cliffs. I would say, you're getting ready to push me off this cliff aren't you? And she would laugh and get such a kick out of watching me get uncomfortable. But what she taught me was...I am capable of so much more than I believe. She could see potential in people that they couldn't see in themselves. And she was relentless until they blossomed. She will be dearly missed. Just seeing the name, Linda Gilbert, holds so much life and legacy."

Retired MTSU Professor Kathy Bodreau commented, "When we were professors at MTSU, Linda was very kind to me and we often shared a good laugh over our kids and grand babies. She was supportive of the work I did with school librarians. When she became superintendent, we would run into each other at local schools. She always greeted me with a big hug as if I was a long lost friend. I am saddened to think that she has moved on and is no longer available to make me feel good. I know her family is devastated."

Mitchell Neilson's Miranda Good noted, "Dr. Gilbert took the time to recognize every employee in Murfreesboro City Schools. Her morning emails were a reminder that we are all important in the children's lives and that what we do matters. She had a gift from above that enabled her to lead others to achieve the impossible in order to serve children and the community. She will be missed but we can see a little of her in the smile of every child in Murfreesboro City."

Director of Pastoral care at New Vision Baptist Church Phillip Robinson said, "The outreach ministries of New Vision crossed paths many times with Dr. Gilbert over the last 17 years, beginning before she became director of city schools when we were serving the Franklin Heights housing community. She would be present at all hours and her love for 'her children' and their families was clearly evident. However, the Dr. Gilbert memory that is most special to me is when our church was conducting a dedicated prayer service for Dr. Gene Loyd, principal at Northfield Elementary, after he was diagnosed with cancer a couple years ago. Dr. Gilbert and her husband not only attended but she lifted up one of the many prayers spoken audibly that evening. No question that her love of her administrators, teachers, students and their families found its source in her love for God. A lady with an absolutely beautiful spirit!"

As the director of the Murfreesboro City Schools, Dr. Gilbert was a regular guest on WGNS. Whenever she was on-the-radio, you had the feeling that she was talking directly with you...one-on-one. With the COVID-19 pandemic, there was no way that anyone could misunderstand that her focus was on the students. Plus, by hearing a person talk, you can get a clearer picture of their beliefs.

Dr. Gilbert had strong feelings about the large number of tests required . . .

She stressed that our world is changing, and the educational needs of students must show them how to be successful in the future . . .

She would regularly say in the broadcasts over WGNS, "Meeting the needs of the whole child by achieving synergy between the school community and the larger community itself, the greatness of the district comes from unquestioned values, unsurpassed knowledge, and unbridled innovation and creativity."

Dr. Gilbert was appointed director of Murfreesboro City Schools in 2009 and over the past 11-years has earned the reputation of the school's leader who truly cares about students, wants to make certain that no child is left behind, and that they have an opportunity to excel in their individual areas of strength.

Dr. Gilbert always focused on helping others. As a result, her actions were were widely recognized. In 2018 she was chosen by her Middle Tennessee colleagues as the Mid-Cumberland Superintendent of the Year. Leaders from school districts in Montgomery, Cheatham, Dickson, Houston, Humphreys, Davidson, Robertson, Rutherford, Stewart, Sumner, Williamson, and Wilson selected Dr. Gilbert.

Then in 2019, Dr. Gilbert received Rutherford County's 2019 ATHENA International Leadership Award. recognizes individuals who excel in their professions, give back to their communities and help raise up other leaders, especially women.

The residents of this community and especially the children who have been a part of the City School system have all been touched by Dr. Linda Gilbert.

Funeral arrangements will be announced later from Woodfin Funeral Chapel.