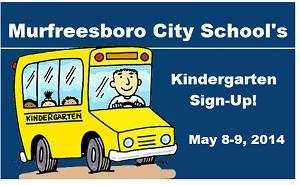 Parents should bring the child’s birth certificate, Tennessee Department of Health Certification of Immunization, and verification of address.

A Kindergarten Registration Packet is available online at www.cityschools.net/news.