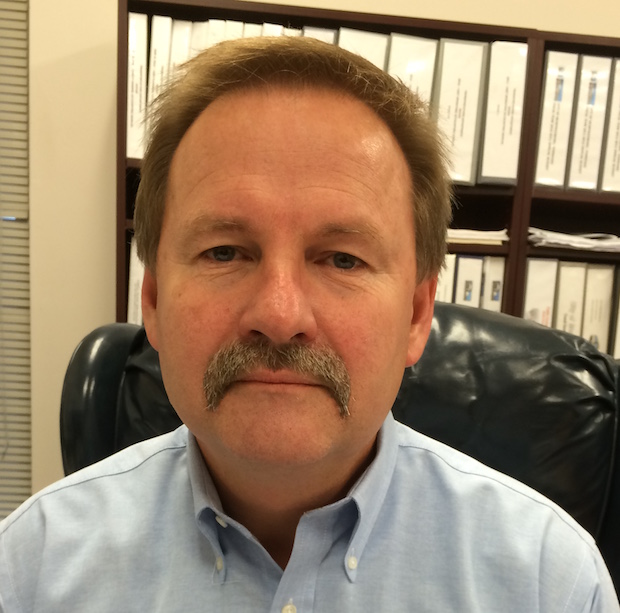 After nearly 31 years of dedicated service to the City of Murfreesboro, City Transportation Director Dana Richardson has announced plans to retire as director, effective January 14, 2016. Richardson's lengthy career with the City of Murfreesboro in several capacities within the Transportation Department, including director, witnessed tremendous city growth under four mayors and three city managers.

"Dana Richardson has served the City since 1985 and has been instrumental in road projects that have helped facilitate Murfreesboro's growth," said City Manager Rob Lyons. "Dana has been a key player in the start-up of Rover which continues to increase ridership. His knowledge of federal funding and many relationships developed with TDOT, Rutherford County, MTSU and other partners will be difficult to replace."

"I appreciate the opportunity that this experience has afforded me and my family in the growing City of Murfreesboro," said Transportation Director Dana Richardson. "I have had the privilege of serving with the finest and most committed staff members in the State of Tennessee. I extend best wishes to the City and its employees in the future."

One of his newer undertakings with the City has been the oversight of the City's Rover transit system which has grown in ridership in each of its eight years of operation since its inception in 2007. Rover currently serves approximately 280,000 trips per year. The City is also engaged in the process of developing a new 20-year comprehensive plan, Murfreesboro 2035, which also includes an update to the City's Major Thoroughfare Plan.

Richardson's professional experience also includes membership in the Institute of Transportation Engineers and American Public Works Association. He has served on numerous boards and committees over the years and is currently a board member of the Metropolitan Planning Organization where he previously served as the Technical Coordinating Committee chairman in 2006-2007. Richardson currently serves as a board member to the Regional Transportation Authority.

Richardson is a Wilson County, Tennessee native and graduated from Oakland High School in Murfreesboro and attended Nashville State Technical Institute and Middle Tennessee State University where he received a degree in Electronic Engineering Technology in 1987. He and his wife Melanie have been married 22 years.