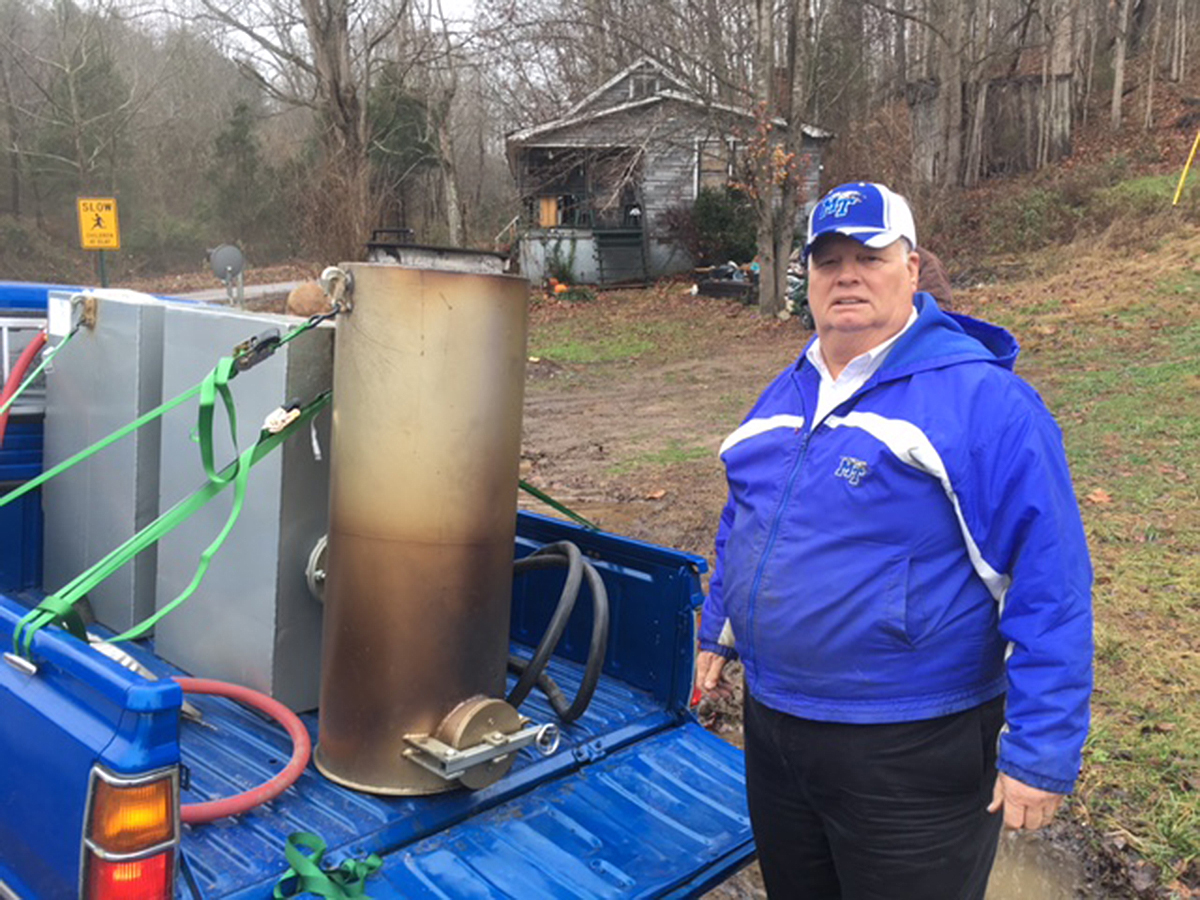 The Cliff Ricketts era of alternative fuels research at MTSU ended recently with one final attempt to successfully drive U.S. 231 in Tennessee between the Kentucky and Alabama state lines using a wood gasification process.

Recently retired after a 40-year career as an MTSU School of Agribusiness and Agriscience professor and agriculture education teacher, Ricketts completed the approximately 131-mile trip Dec. 13 from near Scottsville, Kentucky, to near Hazel Green, Alabama.

However, he and his team -- which included MTSU senior Colton Huckabee of Columbia, Tennessee -- needed to use part wood and part gasoline to make it work.

Ricketts, 68, has crisscrossed the U.S. for five decades, researching ways to use fuel other than gas to make vehicles go. His alternative methods have included waste animal (chicken) fat or "southern fried fuel" as it was called; hydrogen from water separated by the sun (solar); corn, methane from cow manure, soybean oil and others.

"This is part of the research process and we ran out of time before we could make it (wood gasification) work," said Ricketts, who overcame a number of failed attempts in the past. "We did our research on wood gasification. The attempt did not meet our expectations. It didn't work as well as we had hoped. I know we could have made it work if we had had more time."

Ricketts said his biggest accomplishment was "coming up with the process to make America energy independent in a time of a national crisis." He added that his primary duty, teaching agriculture students to educate others, impacted "350 to 400 certified teachers, so my work will end up affecting thousands of lives."

MTSU will replace Ricketts by fall of 2017, but he does not anticipate any colleague or a new hire to follow his path with alternative fuels.

"It was something I invented -- a side passion," he said. "There is little or none (alternative fuel research) in agriculture. It's in engineering."

Ricketts, who will oversee his 200-acre farm in Wilson County, added he anticipates being invited to speak on the subject of alternative fuels if gas prices reach $5.

Ricketts earned bachelor's and master's degrees from the University of Tennessee-Knoxville and a doctorate from Ohio State University in Columbus, Ohio.

He has earned numerous MTSU and other accolades including the Career Achievement Award and a Silver Column Award presented by university President Sidney A. McPhee.