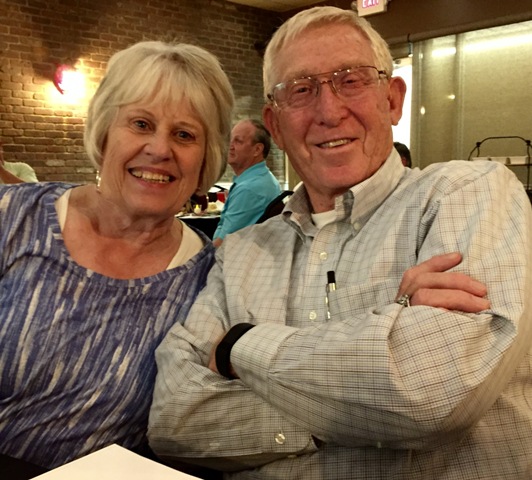 Greenhouse Ministries' Founder Cliff Sharp will have a book signing from 10AM to 1PM next Tuesday (7/18/2017) at the Linebaugh Library. He will be signing and selling copies of his book, Cliff's Notes, published by Xulon Press in 2016.

Cliff's Notes is a devotional book based on the author's articles in the monthly newsletter of Greenhouse Ministries, the organization he founded with his wife, Jane, in 1999. Family and friends searched through fifteen years of newsletters to pick out fifty-two of Sharp's articles to form the basis for this book, allowing a wider audience gain from the words and wisdom of this successful, godly man. A servant leader, Sharp's writings focus on service, family, perspective, changes and the impact a Mighty God can have on people. This is a wonderful book and embodies all the greatness of Cliff Sharp's influence.

Cliff Sharp attended and later taught and coached at Harding University in Searcy, Arkansas, where he had met his wife Jane. For twenty-four years they lived in the Harding community where they raised their three daughters, Cindy, Candace, and Christy. In 1988, the Sharp family moved to middle Tennessee, and after seeing a need to plant hope in the underserved, they started Greenhouse Ministries in Murfreesboro.

Today, Cliff and Jane reside in Lascassas, just minutes away from all three of their daughters and their respective families, who are all involved in the ministry.