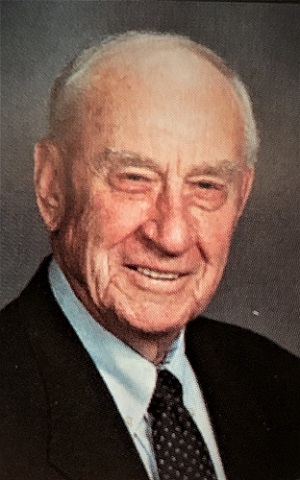 Myers Parsons had a very diversified business background. He was heavily involved in agriculture as a cattle broker, farmer and co-owner of Prince and Parsons Propane. He was also a member of the Institute of Agriculture and served on the Development Board at the University of Tennessee Knoxville.

Mr. Parsons also taught at Central High School where he made many life-long friends.

Myers Parsons was a member of the Sportsmans Club and one of the boys at the Hooper's Supply Coffee Club.

A native of Christiana, Tennessee, he was the son of the late Hoyte Alexander Parsons Sr. and Kathleen Fingar Parsons. He was also preceded in death by his brother, Hoyte Parsons Jr.; sister, Iris Young; and two son-in-laws, Tom Chaney, and David Kious.

Mr. Parsons was a member and Elder at First Presbyterian Church in Murfreesboro.

Visitation will be Sunday (4/7/2019) afternoon from 3:00 to 6:00PM at Woodfin Memorial Chapel. Funeral services will be 11:00 o'clock Monday (4/8/2019) morning at Murfreesboro's First Presbyterian Church, 210 N. Spring Street. Dr. Rev. John Hinkle will officiate. Burial will be in Evergreen Cemetery.

Grandsons and great-grandsons will serve as active pallbearers.

Memorials in memory of Mr. Parsons can be made to the First Presbyterian Endowment Fund, St. Thomas Rutherford Foundation, and Oakland's Mansion.