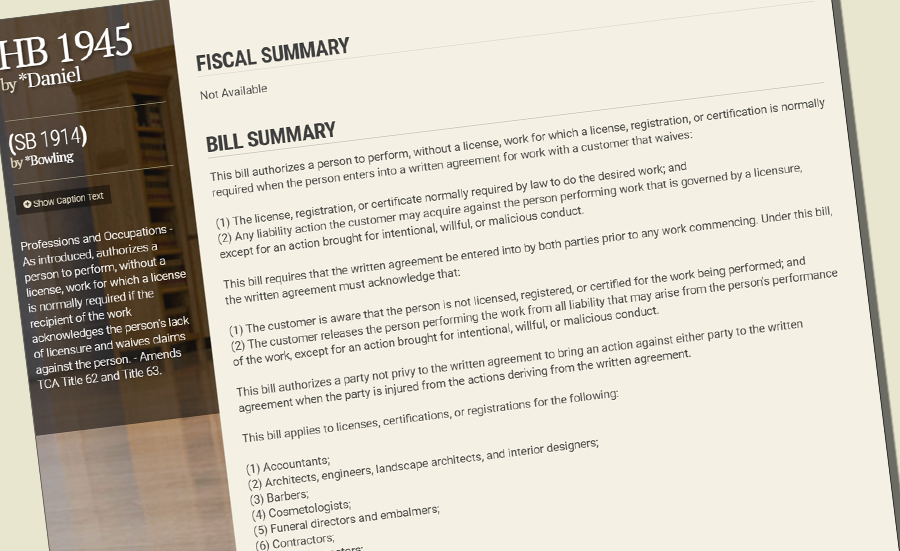 The newly proposed bill in Tennessee regarding occupational licenses is now a dead issue. State senator Janice Bowling has announced that she moved the bill into a subcommittee, a move that effectively "kills the legislation."

The bill in question would have waived license requirements for many occupations, such as cosmetologists, barbers, tattoo artist, real estate brokers, home inspectors and many others.

Senator Bowling issued a statement claiming that she never intended for the bill to pass in its current form. Her full statement is as follows:

"My intention in signing this bill was to only use it as vehicle later in the session to address any specific needs by opening up sections of Tennessee law dealing with occupational licensing. It was never my intention to run the bill in its current form. An amendment would have been necessary to significantly change its scope. There is obviously a lot of misinformation and confusion about this bill from well-intentioned people. For that reason, I have placed the bill in a General Subcommittee where it will not be acted upon, effectively killing the bill."

Bowling sponsored the bill in the senate.

Proposed Bill Could Have Impacted or Done Away with the Following License Requirements: