August's final meeting of the Murfreesboro city council was most notable for also being the final meeting for Councilman Toby Gilley, who was obligated to resign from the seat after a successful bid for a General Sessions Court judgeship. Gilley has served on the council and planning commission for over 14 years. The group went around the table, and shared their goodbyes with Gilley... 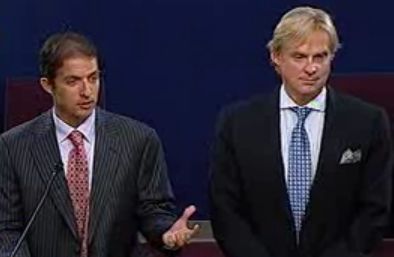 In very humble fashion, Gilley thanked his family, and city staff for their support... 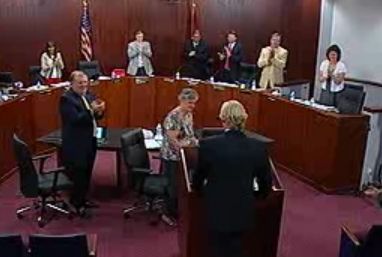 Council will appoint an individual to fill the seat until a November election will be held to select a new council member. As of this writing, local businessman and former councilman Bill Shacklett has thrown his name in the ring.

But an exiting council member wasn't the only interesting thing to happen in the chambers this week. In fact, this week had the dubious distinction of playing host to not one, but two city council meetings. On Wednesday afternoon at 4pm, a special meeting was held consisting of one agenda item, and one only; passing the tax rate ordinance upon second reading, a step which was essential in order to get the final reading on Thursday night's agenda. Indeed, that ordinance was passed through upon third and final reading.

Among other items discussed at council, the Chief of Police began accepting bids for vehicle equipment, as well as requested an extension to the demolition contract for 1004 North Highland Avenue, and an ordinance authorizing the charging and collection of electronic traffic citation fees was passed on third reading.