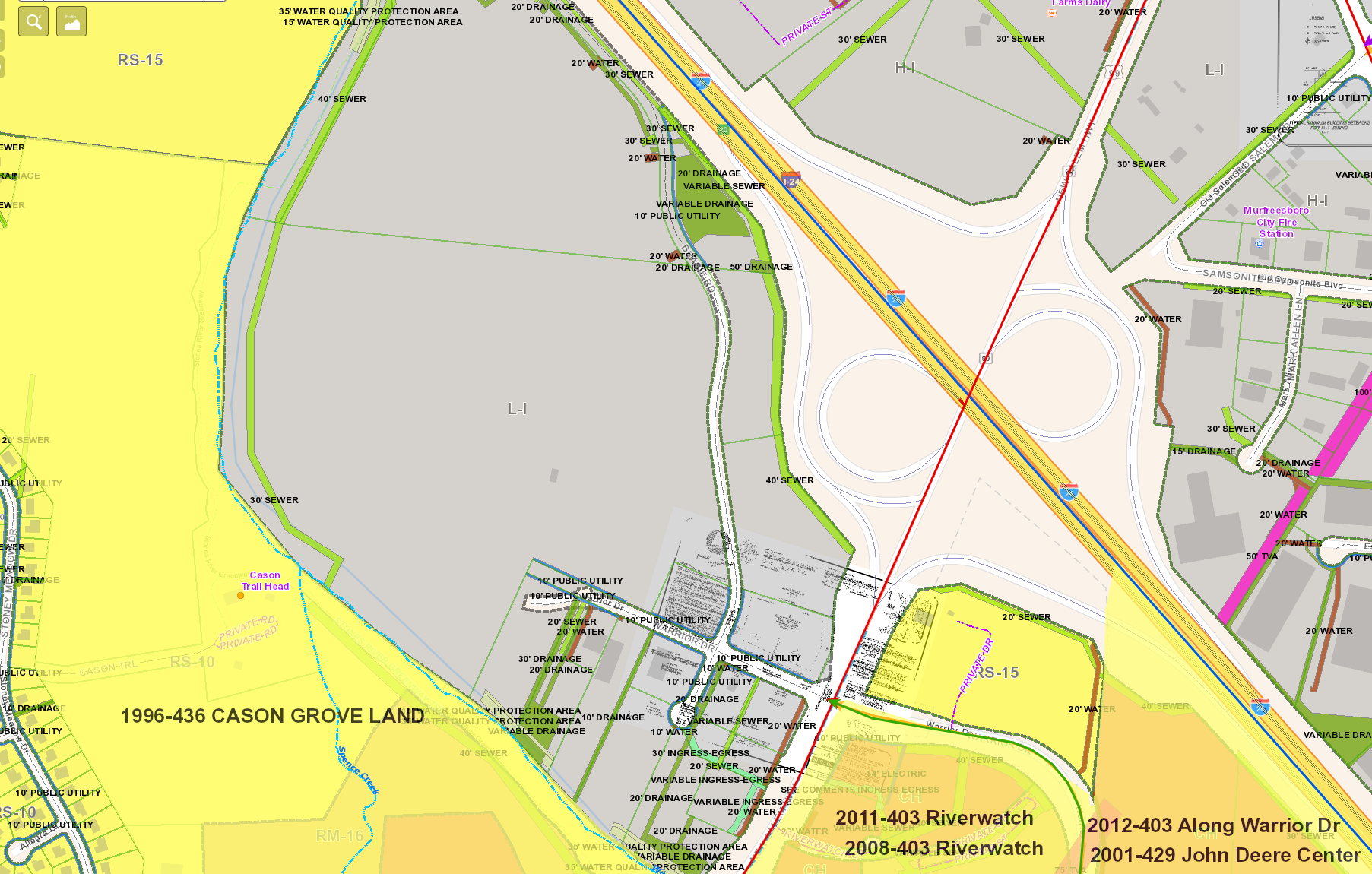 Costco and More Are Coming

Ketron had more details on the land being developed at I-24 and the New Salem Highway in Murfreesboro...

After the broadcast, the Rutherford County Industrial Board gave a thumbs up to Costco for a payment in lieu of taxes arrangement on over 18-acres of land off the New Salem Highway and Warrior Drive--just behind the Race Trac construction site.

Reports indicate that Costco will produce over 200 jobs and is projected to generate $165-million in annual sales.

In addition to Costco, County Mayor Ketron confirmed on the WGNS' radio broadcast that the land fronting both I-24 and the New Salem Highway will also include a 13-acre tract for a technological manufacturer of aeronautical circuits. That firm is moving to Murfreesboro from California, and will employ around 100 persons.

Smotherman noted that the city was also building a $35-million bridge that would begin on River Rock Boulevard near the old Racquet Club, cross I-24 and continue to a location near the Rutherford County jail. It would go over the interstate between the exits at mile marker 78 (Old Fort Parkway) and 80 (New Salem Highway).

Councilman Smotherman said that a third business was also nearing the announcement stage. It is a service company--mainly for the hotel and hospitality industry.

So there you have confirmation, Murfreesboro is getting Costco, along with an aeronautical high-tech labratory type manufacturing plant, a massive shooting range, a Barrett's Outpost Armory firearms store--and obviously much more.