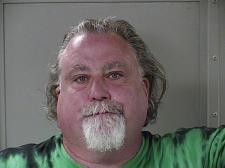 Murfreesboro Police responding to a report of a vehicle crash into a pole leads to the DUI arrest of a 56-year old Coventry Lane man.

James Petre, Junior, was arrested by Murfreesboro Police Thursday on Veterans Parkway after failing field sobriety tests. He was taken to St. Thomas Rutherford Hospital for treatment of minor injuries then to the Rutherford County Adult Detention Center.

During booking, it was discovered he had two previous DUI convictions and was charged with his third.