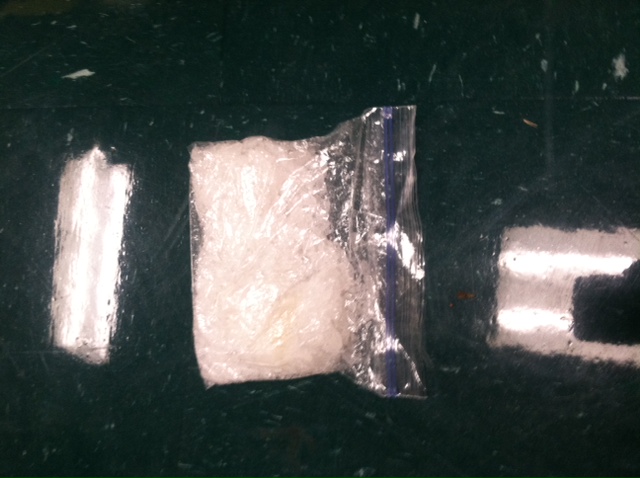 More than $12,000 worth of illegal crystal methamphetamine and marijuana were seized from suspects after being stopped for traffic offenses last week on Interstate 24, Rutherford County Sheriff's deputies said Monday.

"There is the potential these illegal drugs could touch our county," Sgt. Applegate said. "These two seizures are an example of the Sheriff's Office's commitment to proactive law enforcement strategies within our community, using a specialized unit."

During the stop, passenger Amanda Dowlen, who owned the car, gave ICE deputies consent to search the car.

"A search revealed a Crown Royal bag containing one quarter pound of crystal methamphetamine and a set of digital scales under the driver's seat," Deputy Wrather said. "There's no doubt the crystal meth came from Mexico."

Smith, 38, of Bowling Green, Ky., Dowlen, 36, of Portland, and passengers Stephen Ackerman, 36, of Bluffton, S.C., and Keri Jones, 40, of Franklin, Ky., were charged with felony possession of crystal methamphetamine and possession of drug paraphernalia. Smith, who allegedly gave a false identification, was charged with criminal impersonation while Ackerman was charged with being a fugitive from justice.

"A search of the trunk revealed a sealed cardboard box containing eight Zip Lock bags," Sgt. Applegate reported. "Each bag had a vacuum sealed bag containing a compressed marijuana brick. The bricks were coated in liquid Windex to deter and suppress the odor."

Fisher denied knowing about the marijuana or ownership of the illegal drug. Deputy Perusse found information showing Jackson, the man he stopped earlier, as renting the car Fisher drove.

Despite the hidden marijuana, K-9 Mary Jane alerted to the illegal drug, the sergeant said.

"It is a benefit of the Sheriff's Office to have a K-9 program," Sgt. Applegate said of Mary Jane and other K-9s. "She is a tool in our job help tracking and assisting other agencies and detecting marijuana."

The suspects are awaiting hearings on the charges in General Sessions Court.