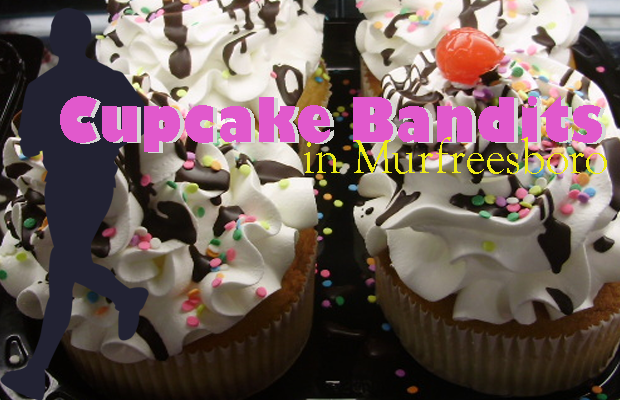 A cupcake theft occurred in Murfreesboro early Monday (8/28/17) morning around one. The incident was reported at the Kroger store on Lascassas Pike.

A worker at the store told police that two men entered the bakery area, grabbed five containers of cupcakes and then ran out the front door. While running, two of the cupcake containers were accidentally dropped on the way out the door.

According to a police report, the two cupcake bandits left the parking lot on foot running towards MTSU. The incident was believed to have been caught on a Kroger Surveillance camera and the men appeared to be in their late teens to early twenties.

The cupcakes were described by Kroger staff as "Fresh Chocolate Cupcakes."

At this point, the cupcake culprits have not been caught. Officials also fear that any evidence related to the crime may have also disappeared.